By Mike Torpey on 2019-07-07 - Driving Force news editor and responsible for organising our daily output. He was staff motoring editor of the Liverpool Echo for 20 years. 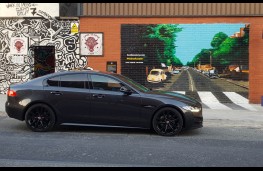 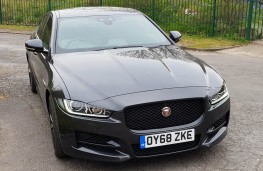 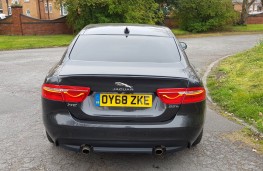 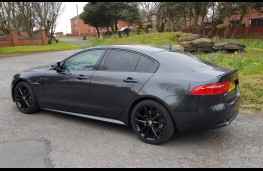 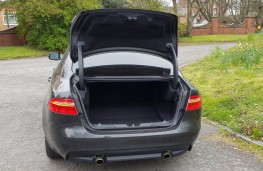 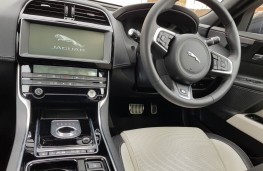 JAGUAR founder Sir William Lyons famously decreed that "all Jaguars have to look fast, even when they're standing still".

It may sound something of a cliche but it's nonetheless a requirement that's been religiously adhered to by subsequent generations of Big Cat models.

And the brand's compact sports saloon the XE is no exception.

What buyers are getting with the XE is a combination of style, comfort, economy and dynamics.

It is the car that marked Jaguar's return to the mainstream mid-size saloon scene for the first time since the X-Type was discontinued almost a decade ago.

It's also the lightest, stiffest and most aerodynamic Jaguar saloon ever built and the first from the brand to be equipped with electric power steering.

Power comes via a range of four cylinder petrol and diesel powerplants from the brand's Ingenium engine family, and six-speed manual and eight-speed automatic transmissions.

Our model featured the 2.0-litre turbo petrol unit producing a hefty 250ps, allowing for plenty of wallop, smooth cruising and the ability to overtake with a tap of the throttle.

It is also comfortable and nicely balanced round country lanes.

Despite that punch we were still able to squeeze 35 miles per gallon form the Big Cat - not bad given that the official return is 39.2mpg.

It also looks lean and mean in a menacing black paint job and R-Sport spec, which is the most brazen of the five trim grades available for the XE.

This may be a compact saloon but there's plenty of space for four in the XE, though a wide transmission tunnel makes it unsuitable for a centre rear passenger.

Kit available across the XE range includes a laser operated head up display, automatic cruise control and a camera system which will not only recognise road signs but also deliver added safety by giving lane departure alerts as well as providing emergency braking.

Technology from Land Rover is also brought into play as well to give the rear-wheel drive XE extra grip in slippery conditions.

Out on the road the XE is an absolute gem, living up to its maker's boast of it being ‘the driver's car in its class'. The doors shut with a solid clunk and the cabin is extremely quiet - unless you switch on the 380w Meridian sound system, a Â£530 upgrade from the standard player.

JAGUAR'S baby car is maturing six years after it was first introduced in 2015...