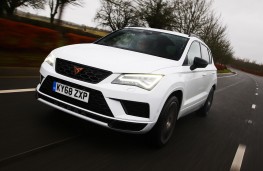 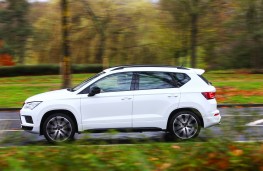 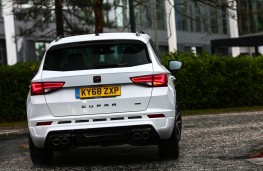 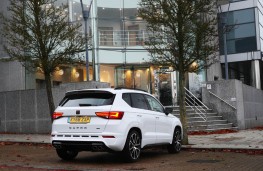 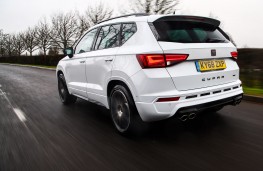 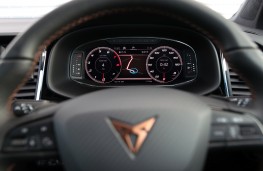 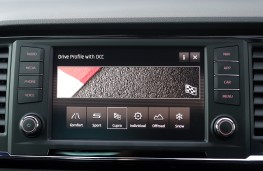 IN the early days of cars, men were employed to walk in front of them waving a red flag to alert pedestrians to the beast in their midst.

It might not be advisable to copy this with the new Cupra Ateca.

For slap bang on the black mesh front grille sits a motif that looks like a very dangerous bull's head etched out in copper.

The company says it represents passion, precision, determination and courage and is inspired by ancient tribal civilisations.

But to me it definitely resembles a bull's head and I am not waving a red flag in front of it although to be honest the Cupra Ateca hardly needs it.

It already has plenty of fire in its belly.

It sports a 2.0-litre petrol engine with 300ps and delivers a 0-62 figure off just 5.2 seconds - in an SUV? That will take you skidding past the school gates.

It is the first model in SEAT's new Cupra line-up to be launched and the company has chosen well.

The Cupra name has adorned some of SEAT's top-of-the-range vehicles in the past but they are now branching out as a brand in their own right incorporating style and elegance with high performance.

It is a clever move from SEAT/Cupra since the Ateca is one of the models that has done so well for the company recently as it renewed and revamped its line-up and ended up as one of the healthiest badges in the UK.

There are six different driving modes - Normal, Sport, Individual, Snow, Off-Road and, of course,Cupra for the racetrack or to give an even sportier edge to this car. I put it into Sport and was immediately rewarded with a growling, burbling sound track from the quad exhausts that you just don't expect from an SUV.

On the road it is certainly bullish, reaching out and stretching the powertrain for an exciting and agile drive. It was sleek on corners powering round them and then slowing the whole thing down to gurgle to a halt.

There are special Cupra design cues both inside and out, on the wheels, the rear hatch and the door sills. There is an integrated rear spoiler and some nice bold roof bars for a fearless car.

The eight-inch touchscreen is easy to use and comes with MirrorLink, Apple CarPlay and Android Auto as well as sat nav, two SD cars slots as well as an additional USB port, DAB and two more USB ports in the rear - always handy for the kids.

The Comfort & Sound model I was driving also had the upgraded BeatsAudio sound system along with a handy electric tailgate.

SEAT are definitely on a roll and the proof of it is this new Cupra range and particularly this first model, the Ateca. 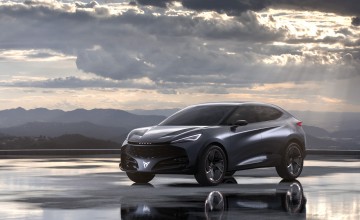 SEAT arrived at the Frankfurt Motor Show with its electric offensive in top...