By Mike Torpey on 2019-07-13 - Driving Force news editor and responsible for organising our daily output. He was staff motoring editor of the Liverpool Echo for 20 years. 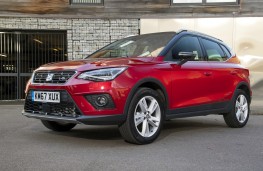 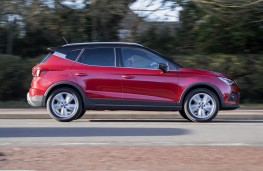 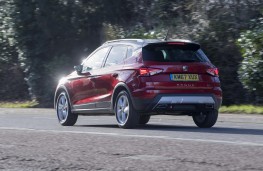 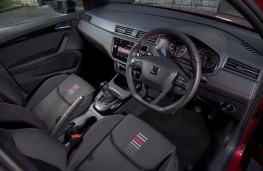 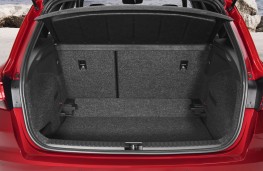 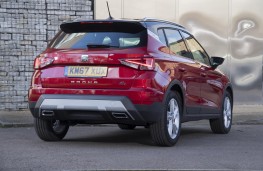 SMALL but sophisticated could be an apt description for SEAT's compact SUV the Arona.

In little more than 12 months since its launch the model has made a huge impact, scooping awards and winning countless new fans to the Spanish brand.

But then a young, vibrant audience is the principal target for a car that certainly looks the business with its elegant lines and raised driving position.

Practicality and looks apart, some smart thinking has also been responsible for the model's success.

For instance SEAT found that 90 per cent of its customers add at least one option when ordering a new car, so these have been included when planning the contents of each Arona trim level.

Whether it's a sporty feel or a bit more comfort, the idea is to provide a spec that holds either significant customer or residual value - to the point that even the most basic SE trim comes extensively kitted out.

So stuff like a Driver Pack - of cruise control, hill hold and tiredness recognition - LED daytime running lights, air-con, a double boot floor and remote central locking along with a media system with colour touchscreen are there at the base level.

SEAT has also turned the spotlight on personalisation, with nine body colour options up for grabs along with three roof colour choices.

Some of them, like the combination of Monsoon Grey with contrasting Eclipse Orange roof, look especially effective though some hues like Urban Silver don't truly do the Arona justice.

That said, there's plenty to recommend the Arona - not least its practicality, from the load area of 400 litres with double boot floor to the cabin space with its 60/40 folding rear seats.

The Arona is up for grabs in four different engines and two powertrains - two petrol and two diesel units, with either manual or DSG automatic gearboxes.

Our tested model featured the 1.0 TSI 95, a three-cylinder petrol engine that may only develop 95ps but is actually a little cracker, and sees the Arona well capable of holding its own on the motorway.

Round country lanes it's also nicely settled, quite sharply poised and comfortable with it.

It is economical too, our average fuel return registering 41.3 miles per gallon, not bad when compared to the Combined figure of 45.6-48.7mpg based on the WLTP (Worldwide Harmonised Light Vehicle Test Procedure) guidelines.

SE Technology, one removed from base level among the Arona's six trim grades, offers much for the money including the likes of rear parking sensors and SEAT's Connectivity Pack Plus.