Skoda Scala a gem of

By Maxine Ashford on 2019-07-17 - Maxine has been a journalist since the late 1980s and for the past 13 years has specialised in motoring. Former motoring editor at Media Wales responsible for the Western Mail, South Wales Echo, Wales on Sunday. Freelance since 2009, Maxine loves cars but not quite as much as rugby! 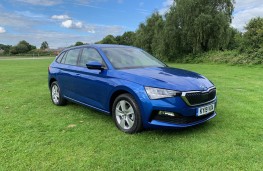 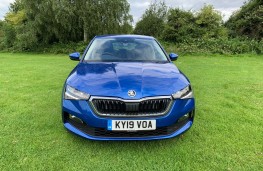 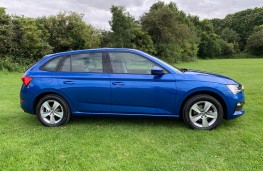 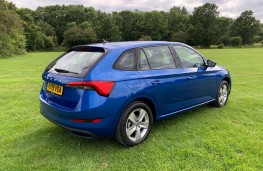 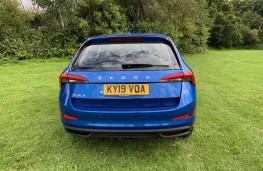 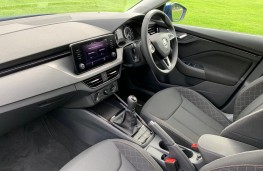 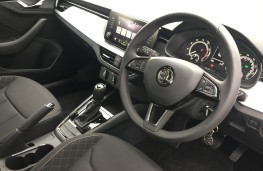 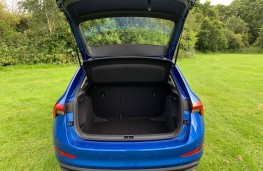 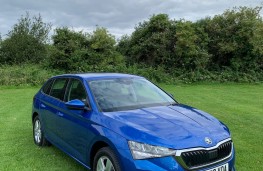 JUST when you thought there was simply no more room for any new compact SUVs Skoda has thrown an absolute gem into the mix.

It's called the Scala and it appears to be the complete package featuring dynamic styling, a wealth of on-board technology, great versatility and practicality, plus a choice of punchy, yet efficient engines.

The Scala is wider and longer than the Rapid and generally better in every way.

There are three trims to choose from called S, SE and SE-L with prices ranging from £16,595 to £23,315 and buyers can select from a range of engines.

The petrol options are a 1.0-litre TSI three-cylinder unit with 95ps or 115ps and a four-cylinder 1.5 TSI unit with 150ps. Diesel preferences are catered for with a 1.6-litre TDI engine delivering 115ps.

From a design point of view, the Scala, which sits between the Fabia and Octavia in the Skoda line-up, certainly looks the business with its modern, athletic styling.

The five-door model features a striking upright radiator grille, narrow, tapered LED headlights, sweeping rear indicators on the higher trim, Full LED tail lights, a choice of 16 to 18-inch alloy wheels, and, for the first time the letters of Skoda are spread across the tailgate in capitals instead of the brand logo - this is a new design approach for the Czech car maker that will be introduced on all future models.

Move inside and the spacious cabin is clutter-free, but feature-rich. The focal point is a free standing display screen where all the infotainment systems are accessed using the touch or gesture control or via the enhanced voice control.

The Scala is fitted with a built-in eSIM as standard and that means it will always be online for the most up-to-date reports on traffic and the likes. There is also a Virtual Cockpit on the SE-L models (optional on SE) that offers the driver a choice of five different views.

And being a Skoda, there are lots of 'Simply Clever' features such as the ice scraper in the fuel filler flap, an umbrella in the driver's door, a ticket holder on the windscreen and a very clever panoramic roof.

Normally adding a panoramic roof to a car impacts upon rear passenger head space, but not so in this mid-sized hatchback. The screen opens from the back instead of the front so passengers enjoy the same amount of room with or without the sunroof.

And when it comes to space, the Scala is like a Tardis. There is ample room to accommodate four six footers with bundles of knee and elbow space. And the generously-sized boot can swallow 467 litres of kit, a capacity that increases to 1,410 litres with the 60:40 split-folding rear seats dropped flat.

Comfort levels are very high and my first 90 minutes behind the wheel involved escaping the gridlocked City of London traffic with bikes, pedestrians and cabs cutting in from all angles. I can honestly vouch for the excellent all-round visibility.

Out on the open road and motorways, the acceleration through the gears is smooth and responsive and the engine sounds nice and raspy when pushed on.

The handling and road holding are first rate and all the controls, dials and readouts are perfectly positioned for ease of use.

It is a car that proves three-pot motoring can be both fun and rewarding with ample power on tap for overtaking. But it's also nicely refined and can cruise effortlessly at national speed limits on the faster roads.

And as one would expect, the Scala is packed with safety features to protect occupants and pedestrians as well as a number of driver assist systems to help prevent accidents occurring in the first place. There is lane assist and front assist with city emergency braking, hill hold control, a full suite of airbags, emergency call and proactive services, adaptive cruise control and plenty more besides.

All in all, the new Scala is the perfect proof that there is still plenty of room for new models to launch into the compact SUV sector provided they are good enough. And the Scala certainly is. 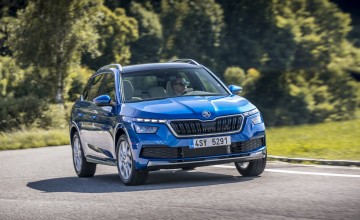