By Peter Hayward on 2019-07-19 - Peter has been writing about cars for more than 35 years producing road tests, second hand car tests, features on new and classic models, road safety and manufacturing. Has been a contributor to Auto Express, Classic Cars, Classic Car Weekly, Candis magazine and Japanese Motoring. 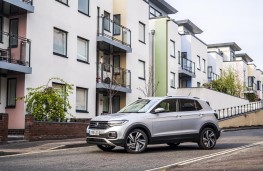 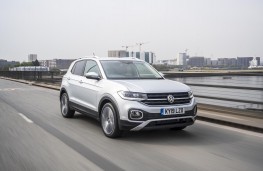 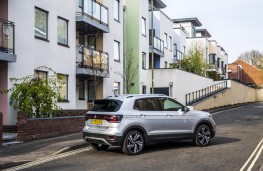 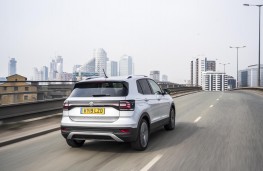 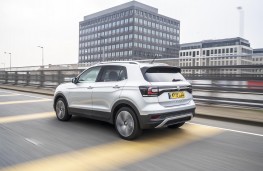 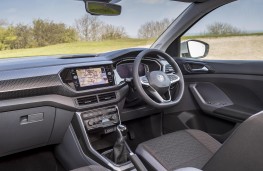 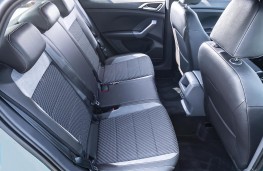 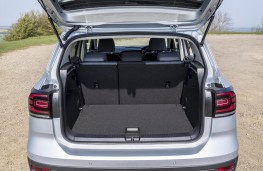 AFTER many years offering just two SUV's in its range, VW has broken out like the rest of the car makers and added two more in pretty short order.

First came the Tiguan and then the excellent larger Touareg but these were followed more recently by the T-Roc, to fit in under the Tiguan, and finally the smaller T-Cross.

Apparently, there were also plans for an even smaller crossover based on the up! but nothing seems to have come of that so far.

The T-Cross shares its chassis and running gear with other models in the wider VW group and I recently drove the excellent range topping SEL, which is a complete joy.

It's hard to believe that a tiny little 1.0-litre, three cylinder engine can produce such good performance along with decent economy.

There is also a 95bhp version that's fitted to lower order cars and later in the year, a 1.6 diesel is mooted to be joining the range.

But the 115bhp turbo is a gem, smooth and silky right through its rev range and with a willing and zesty nature.

It pulls well from low revs giving a short sharp blast of acceleration whenever it's needed to get away from the increasing numbers of stupid tailgaters.

And once the turbo is spinning hard, it's possible to change up a gear and have almost the same level of acceleration.

It is only available with front wheel drive so is not really capable of any serious off-road work, but the high ground clearance should make it useful over rougher roads where ordinary cars might have a problem.

The six-speed gearbox has a lovely change and the clutch is as light as a feather. Economy should reach about 48mpg in real driving and emissions are a low 112g/km.

High speed ride on rougher country roads is excellent and it's just as good at low speeds in town soaking up the worst of surfaces with great ease.

The road-holding is excellent and the handling matches it perfectly. This is a car that loves a twisting road and takes it very easily.

The steering feeds information to the driver on the move and makes slow speed manoeuvres a piece of cake, helped by very good parking sensors.

There is a very slight thrum from the engine when it's asked to pull from low revs in high gears, but it's never intrusive or annoying.

In SEL trim, this good looking car comes with a DAB stereo and sat nav, and the screen has big, easy to hit button controls. Well-shaped and comfortable seats have plenty of adjustment and it has diamond cut alloy wheels, climate control and a digital dash not available in low order models.

Add stability control, an alarm, cruise control, loads of airbags and a 60/40 split folding back seat and it seems very well equipped indeed.

The boot doesn't seem that big but there is a large amount of extra space under the floor and there is enough rear legroom for four adults to ride in comfort.

My only criticism is the lane keeping aid, which applies a disconcertingly strong push to the steering if you cross a white line without indicating.

It's too strong and I disliked it so much, I turned it off. 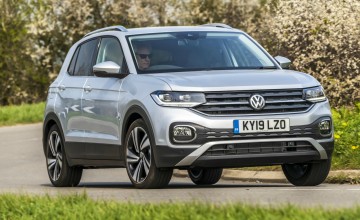 THE T-Cross was unveiled recently as Volkswagen's latest and smallest SUV.In a...