By Jon Smith on 2019-07-21 - Jon is a senior motoring journalist with a background writing for weekly/provincial daily and national newspapers and magazines. He has held executive news and features positions in Fleet Street and evening titles. Former Pirelli Motoring Writer of the Year winner. Currently specialising in product launches, safety issues, car tests and future motoring trends. 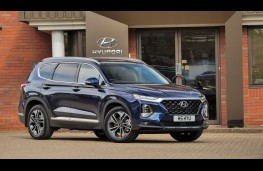 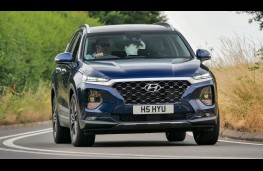 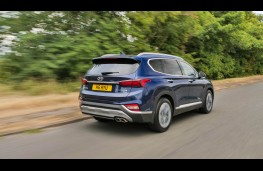 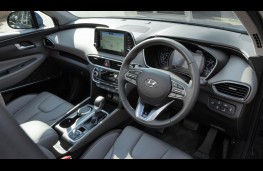 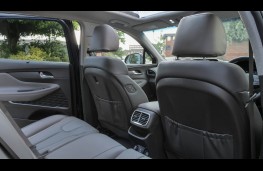 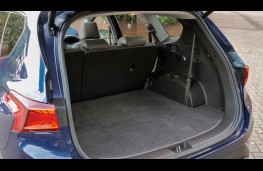 NOT so long ago, the ideal family car - especially if you had two or more kiddies - was a people carrier with seven seats.

But little-by-little MPVs have been elbowed out of the showrooms by the SUV, many of which have sprouted a couple of extra seats.

They may be no more practical, and in some cases definitely less so, but the high rider action man image has won the day as nearly a third of all new cars bought in UK are now SUVs.

Within the segment, the mid-sized crossovers are surging up the popularity charts and one of the best options is the recently renewed Hyundai Santa Fe, an elegant five door that has the robust stature and accommodation of a big Audi or a BMW without the eye-watering price tag.

Don't be put off by the badge - although Hyundai was once the province of reliable but unexciting budget cars, it is now a leader in style technology.

Just one engine is available here, a 2.2-litre turbo diesel four-cyinder. It's not going to set the Tarmac alight but it's fast enough, economical with sufficient torque to tow a family caravan and, what's more, it is delightfully refined. Expect a hybrid version in the near future.

Hustle the Santa Fe through bends and there's a degree of body roll, but on the credit side bumps and poor surfaces are easily soaked up and the ride is generally complaint. Intelligent four wheel drive assures ample grip in snowy or slippery conditions.

In fact the two by-words that sum-up the Santa Fe are refinement and comfort. True, it's not a dynamic driver's car but that's not what's required in family-first motoring. An eight-speed automatic completes the formula for ease of driving.

If you expect the Hyundai cabin to be a tad on the basic side, you are in for a pleasant surprise. It is contemporary in style with a large tablet-style screen sprouting out of the dash, high grade plastic mouldings and leather seating (in the Premium SE version).

There's no shortage of space for either passengers or their luggage thanks to a few extra centimetres over the previous model. The second row of seats slide forward if extra legroom is need for those in the back. With five people on board there's 625 litres of cargo room in the boot which compares well with the rivals.

The electric opening tailgate - another standard feature - proved irritatingly sluggish to close. Not good in the belting rain.

Considering the Santa Fe's substantial girth, its thirst is reasonable. During the 500-mile test we averaged 38mpg. Its five year warranty will also appeal to private buyers. 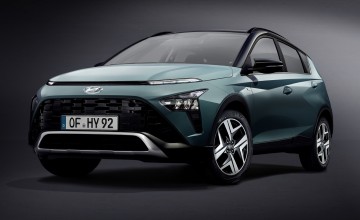 Little and large SUVs from Hyundai

HYUNDAI is starting an SUV offensive by launching a new compact model called...