By Enda Mullen on 2019-07-27 - Enda is a business reporter for the Coventry Telegraph and is also the motoring editor for the Solihull News. He covers the Midlands automotive industry and in particular Jaguar Land Rover and Aston Martin product launches. He is a renowned automotive commentator. 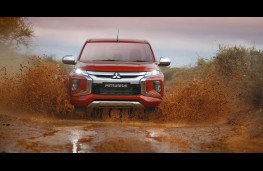 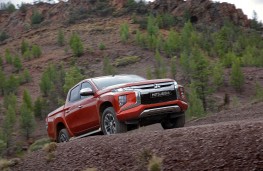 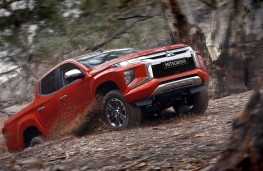 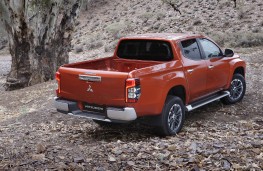 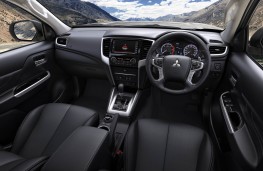 IN an age where many SUVs have gone down the soft roader route there is definitely something appealing about pick-ups and their rugged and rough and ready character.

Pick-ups have proliferated for lots of reasons, one of them being the tax savings that can be had if you are using them privately - due to them being classed as commercial vehicles - though the amount you can save is less than it once was.

Generally available in single cab and double cab formats, a double cab variant makes a decent alternative to an SUV.

You'll get genuinely rugged looks and four-wheel drive capability but without spending a small fortune.

When it comes to pick-up choices there's a plentiful array and it's definitely a case of horses for courses.

Whatever the case Mitsubishi's L200 is up there with the best of them.

It's an extensive range, with 14 models in the line-up.

The range actually starts at less than £20,000, though that is for a basic single cab model, which is definitely more of a work vehicle than an everyday family car.

Fork out an additional £3,500 and you get into double cab territory with a relatively decent spec.

However, it should be stressed that base prices do not include VAT because of the commercial vehicle classification.

The L200 has an advantage over many of its competitors in the looks department it's fair to say, managing to deviate from traditional chunky styling with a few rounded edges and even the odd curve or two.

On the inside the L200 has an impressively car-like feel to it.

The cabin is spacious, the switchgear and instrumentation are suitably tasteful and of good quality.

The 4Life is the workhorse and the only one that comes in single and double cab body styles.

The rest of the range is double cab only.

All double cab models come generously equipped it has to be said and from the Titan upwards you'll get air-conditioning, alloy wheels, privacy glass, a DAB radio, lane departure warning, Mitsubishi's Super Select 4WD system and more besides.

The SVP special edition has some fancy exterior modifications that add to the overall character.

Just one engine is available, a 2.4-litre diesel producing 178bhp.

It's a surprisingly refined and smooth performer and powers a pretty big vehicle along nicely with a turn of pace that impresses.

Of course the L200 is the kind of vehicle that you don't want to be in a hurry in.

You are conscious of just how big and long it is every time you step up into the driver's seat, though given its bulk it is surprisingly manoeuvrable.

It isn't super economical and the claimed 37.7mpg economy figure will more likely be closer to 30mpg in the real world.

And, should you want to do some proper off-roading (something most SUV owners will probably never do) then the L200 is well set up for it, with a low-range function for the serious stuff.

It's also possible to switch to two-wheel drive when on the road to maximise economy. 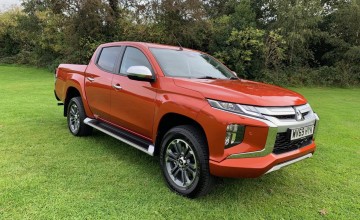 RUMOURS that the Mitsubishi L200 had gone a little ‘soft' have been...