By Chris Russon on 2019-07-30 - The driving force behind Eurekar. Chris heads up a team of motoring correspondents under the Driving Force banner. Prior to Driving Force becoming independent in 2010 he was Chief Motoring Editor for Trinity Mirror Regional newspapers. Chris has been writing about cars for almost 40 years. 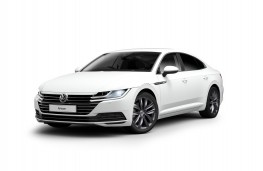 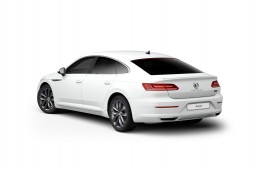 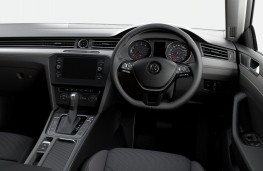 AN entry level SE specification of the Volkswagen Arteon is being added to the range priced from £33,085.

It joins the current Elegance and R-Line models and initially will be available only with a 2.0-litre petrol engine mated to a seven-speed DSG gearbox.

A diesel variant will be introduced later in the year which will have the choice of manual or automatic transmissions.

The petrol-engined Arteon SE has a WLTP-confirmed 44.1 mpg on a combined cycle and CO2 emissions of 144g/km.

Volkswagen is also making some upgrades to the Elegance and R-Line models fitting them with 9.2-inch Discover Navigation Pro systems first seen on the latest Passat.

In addition to these updates the revised Arteon brings small revisions in CO2 emissions for two variants.