By Mike Torpey on 2019-08-10 - Driving Force news editor and responsible for organising our daily output. He was staff motoring editor of the Liverpool Echo for 20 years. 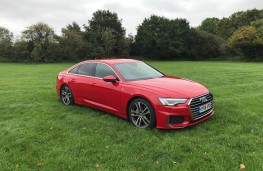 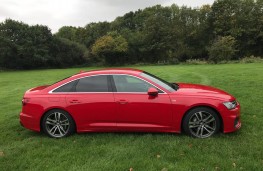 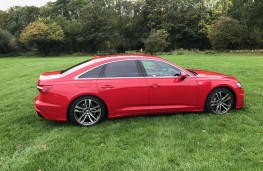 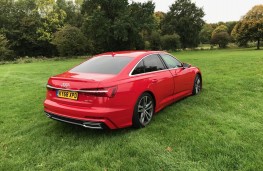 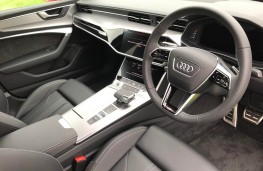 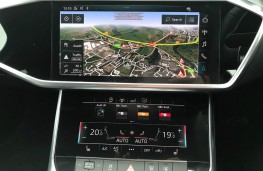 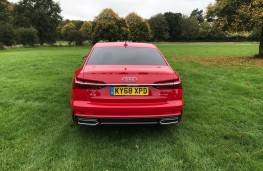 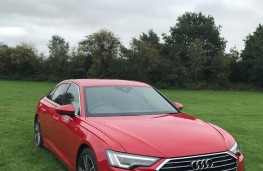 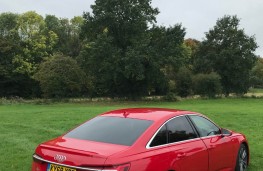 THE Audi A6 saloon is a car that divides opinions.

There are those who steadfastly herald the big saloon as a triumph of engineering, technology and modern motoring sense.

Others find it clinical almost to the point of sterility, just too Germanic for their tastes.

You could make a case for both views, what remains beyond question though is the car's refinement and quality.

Adding some extra vitality to the model's strengths is a new four-cylinder turbo diesel engine in the A6 40 TDI.

For those unfamiliar with the use of the number 40 in the car's title, it doesn't mean 4.0-litre. It is actually down to a new naming convention from Audi, referencing engine output rather than its size.

In this case the engine is the latest 2.0-litre diesel which develops 204ps and has the sort of efficiency that will both surprise and attract family and business users alike.

We're talking a substantial and spacious saloon that boasts enviable power with the potential to return up to 62.8 miles per gallon with a low CO2 output of 117g/km, even though our own figure over 300 miles of mixed urban and motorway driving was a satisfactory 53.6mpg.

That economy is assisted by another fresh arrival in the shape of a new mild hybrid drivetrain which is now a standard feature on all Audi A6 and A7 Sportback models.

Key to the system is a belt alternator starter connected to the crankshaft which can recover up to 5kW of power during deceleration and store it in a separate lithium-ion battery.

If the driver takes his foot off the accelerator at speeds of between 34 and 99mph, the car can coast with the engine running at idling speed. As soon as you hit the throttle again the power kicks back in.

Transmission is via a seven-speed S tronic gearbox that shifts sweetly in auto mode and can be operated using the steering wheel-mounted paddles if desired.

And there's also the choice of being able to drive in Comfort, Efficiency, Dynamic or Individual driving mode, operated by pressing a button.

Whichever you pick, the A6 is a delight to drive - swift, smooth, beautifully balanced and relaxing, while sound intrusion is virtually non-existent.

As for style, the A6 looks sleeker than ever and, with a slightly longer wheelbase than before, this eighth generation variant affords more space for rear passengers too.

Space is plentiful, both front and back, and the long boot can cope with substantial loads.

Inside, the effect is best described as minimal with lots of brushed aluminium and piano black and two large touch screens grace the centre of the dash.

Standard kit is comprehensive, the likes of 18-inch alloys, front and rear LED lamps and electronic driver assistants including the Audi Parking System Plus, Pre-sense Front collision warning and automatic braking system along with a Lane Departure Warning all included.

In fact no less than 39 driver assistance systems are available, split into three packages named Parking, City Assist and Tour.

And such is the A6's attention to detail that even the lens of the rear view parking camera can be kept clean with its own water jet.