By Peter Hayward on 2019-08-13 - Peter has been writing about cars for more than 35 years producing road tests, second hand car tests, features on new and classic models, road safety and manufacturing. Has been a contributor to Auto Express, Classic Cars, Classic Car Weekly, Candis magazine and Japanese Motoring. 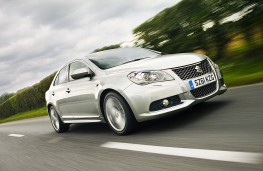 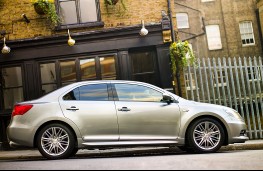 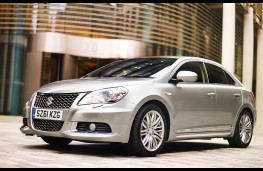 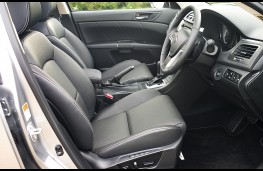 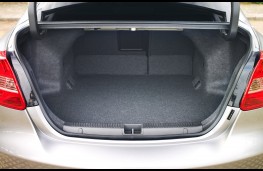 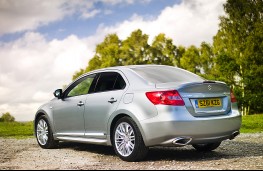 THE Suzuki Kizashi was only imported into this country for about two years in 2012 and 2013, but selectable four wheel drive makes it very unusual.

It's very much an out of the ordinary choice in the same upper medium saloon class as the Vauxhall Insignia or the Ford Mondeo, because a single petrol engine choice limited its appeal.

That said, for anyone who needs to keep mobile in the worst of winter and be more comfortable than most 4x4s the rest of the time, it could be ideal reasonable transport.

It does have a manual setting, with paddles behind the steering wheel to make stepped changes, but it actually works better in fully automatic mode.

This is not really a car for the enthusiastic driver - few are when fitted with a CVT gearbox - but the performance is more than adequate with that amount of power under the bonnet.

It sometimes seems to take its time getting up to speed but acceleration is actually good, with the 0 to 62 miles an hour sprint taking 8.7 seconds.

The handling is not really up to the mark because the steering is light and lacking in feel through the corners.

But the road holding is reasonably good, with little roll even when pressed hard, thanks to fairly stiff suspension.

Switching to four-wheel-drive (4WD) improves the amount of grip both in corners and in a straight line away from a mark.

Where this one really scores is in the quality of the ride and the level of refinement at speed.

It soaks up undulations and poor surfaces in its stride leaving the driver and passengers completely unruffled.

And at motorway speeds, road, tyre and wind noise are very well subdued.

The seats are comfortable and supportive with good back and side support, there is good space for two adults in the back and the big boot would take all their goods and chattels if they packed reasonably light.

The Kizashi looks the part from every angle, with sleek lines that make it stand out in the car park.

HERE'S a question; what have Suzuki, John Lewis and Ikea got in common? Apart...