VW opens up with

By Chris Russon on 2019-08-14 - The driving force behind Eurekar. Chris heads up a team of motoring correspondents under the Driving Force banner. Prior to Driving Force becoming independent in 2010 he was Chief Motoring Editor for Trinity Mirror Regional newspapers. Chris has been writing about cars for almost 40 years. 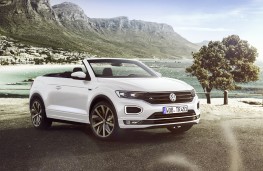 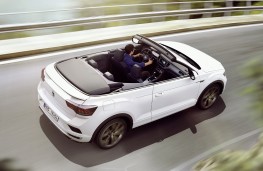 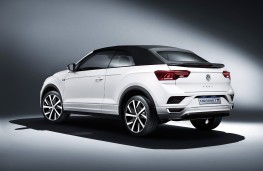 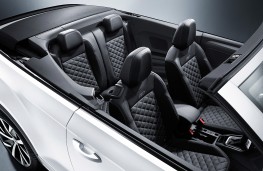 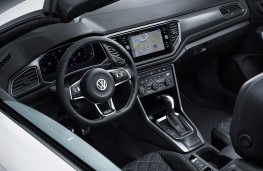 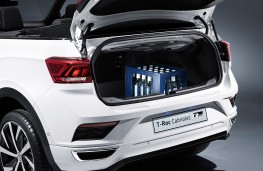 A CONVERTIBLE version of the Volkswagen T-Roc SUV is on the way and will have its world premiere at the Frankfurt Motor Show in September.

Dubbed the first crossover cabriolet in the compact class the open top T-Roc will have a fabric roof which can open and close automatically in nine seconds at speeds of almost 20mph.

A production ready concept will be shown at Frankfurt and VW says the T-Roc Cabriolet will be available as a front-wheel-drive car with either a 1.0-litre three-cylinder TSI engine developing 115ps or a more powerful 1.5 TSI with 150ps.

Both will be six speed manuals with a seven-speed DCT semi-automatic transmission an option on the bigger engine.

Safety features on the convertible include a reinforced windscreen frame, other body stiffening and and roll-over protection for all occupants.

The cabrio is slightly longer than the regular T-Roc and a four seater only with boot space of 284 litres compared to 445 litres.

Two trim levels will be available including an R-Line specification which has fog lights and sports tuned suspension and steering as standard.

With the demise of the open top versions of the Beetle and Golf, the T-Roc will be the only cabriolet in the current VW line up.

Prices and an on sale date are still to be announced but the regular T-Roc costs from £20,005 with R-Line models coming in from £27.690 and it is understood the cabrio is slated to go into production early next year.