By Ian Donaldson on 2019-08-19 - Ian estimates he has driven more than 6,000 cars (so far) in a road testing career that's taken him around the world. He has spent several years as a full-time staff motoring editor and is now a busy freelance journalist

YOU get the feeling Mitsubishi really doesn't want you to think the latest version of its chunky L200 is a pick-up at all - more a sort of ultra-butch SUV, if you please.

This sixth series of a machine that's been a reliable workhorse for the world since 1978 is really a heavy workover of series five with every feature examined and, hopefully, improved.

But before Mitsubishi talks about the oily bits it wants us to concentrate on the newcomer's looks, freshly minted from windscreen forward and fronted by the sort of unmissable, in-yer-face grille that is becoming the design trend of our time.

Combine the new face with a bonnet that sits higher than before and glitzy headlights pulled upwards compared to version five and you have a thoroughly assertive pickup that won't sit shyly blushing in the supermarket car park.

Moving back along the car we notice larger, squared off wheelarches (mostly now covering big 18-inch alloys) and our tour culminates in a rear end that's as fresh as the front, complete with the option on posher models of a tailgate damper that helps with opening and closing this substantial chunk of metal.

There's been much less activity on the inside of the latest L200, where the news is confined to added slivers of silver on the dashboard's centre, new knee pads to maintain comfort levels on corners and off-road and some extra storage space for phones and the like.

Beneath that more assertive bonnet beats a four-cylinder diesel engine that's been modestly downsized (from 2,442cc to 2,268cc) in the interest of economy and emissions and which now produces 150 horsepower, down four but with more low down pulling power than before.

And that's what you need in something like a workhorse pickup, even one aiming for an SUV feel with your eyes half closed. Top speed is up (108mph versus 105mph) but vastly more relevant is the improved ease of everyday use that extra pull provides.

Mitsubishi claims improved economy and performance with the smaller engine, with official economy of 32.1mpg with six-speed manual transmission or 29.1mpg with the new six-speed auto transferring the power to the road.

Emission figures of 231g/km, rising to 254g/km with auto gears look startlingly high compared to something like a shopping hatchback but they're measured on the new, tougher and more realistic WLTP test regime -and the L200 is a big and heavy beast; longer than a Bentley Bentayga and weightier than a Range Rover Velar.

Big and tough enough to carry a usefully increased payload of 1,080kg and tow 3.5 tonnes with almost contemptuous ease while offering the four-door/five seat usefulness of a family saloon.

Mitsubishi thinks sales will concentrate on the upper reaches of the range, making the entry level 4Life Club Cab a rare sight, with its steel wheels and small rear-hinged rear doors leading to a four-seat cabin.

Full-size rear doors arrive with the Double Cab (£22,715/£27,195) along with alloys and cruise control while the Warrior (£26,400/£31,617) adds niceties like a more clever 4WD system, reversing camera, climate control, touchscreen with DAB radio and a host of added safety features, including lane departure warning and 18ins alloys.

Beneath the bling Mitsubishi has strengthened the L200's chassis, uprated the brakes and worked over the suspension with the aim of making it feel less pickup and more car on the road.

Which it does, so long as the road remains smooth. At a steady cruise on a decently surfaced stretch of A-road the L200 is as close to car-like in comfort and quietness as makes no difference.

A less well maintained road surface will, though, downgrade ride comfort as those rear springs - rated to control a tonne of cargo - make themselves felt. Far from uncomfortable, but not so car like.

Off road and the L200 convinces absolutely, with an ability to laugh at streambeds and vertiginous dips that you'd need a pukka 4x4 to emulate. Not many owners, you suspect, would get theirs as muddy but will be happy to know they could.

So, not quite a car but close enough for convincing family transport while able to carry a tonne of stuff - literally - at the same time.

MITSUBISHI has been making tough pick-up trucks for over 40 years and the... 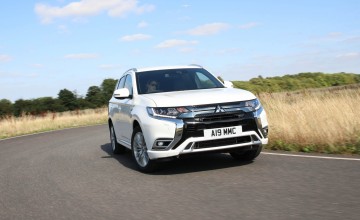