estate of the art

By David Whinyates on 2019-08-21 - David is one of the UK’s most experienced motoring writers and was instrumental in setting up the Driving Force syndication service for Britain’s biggest regional newspaper group. Former Chief Motoring Editor of Trinity Mirror Regionals, he is Driving Force’s Consultant Motoring Editor and a director of Driving Force Media Ltd.

AUDI'S superfast estate is on the way back - and the new fourth generation version of the iconic RS 6 Avant will come with green credentials as well as near-supercar performance.

Audi says that its' mission in developing the new hot estate was to ‘deliver epic performance as responsibly as possible' and to that end the car's formidable twin-turbo, eight-cylinder engine is mated to a mild hybrid drive and comes with cylinder-on-demand technology. A real estate-of-the-art for 2020 then.

The four-litre petrol engine delivers 592bhp and 590 lb-ft of torque - good for neck-snapping standing start acceleration with the 0-60mph sprint ticked off in around 3.5 seconds. Where safe to do so - and for that read the autobahns of its German homeland - the RS 6 Avant will reach 124mph by the time 12 seconds have elapsed. Top speed is electronically governed at 155mph.

And although Audi has not released official fuel consumption figures, the company claims that the addition of the 48-volt mild hybrid system and cylinder on demand system which deactivates four of the eight cylinders at low to intermediate loads wil lead to improved fuel efficiency.

With the exception of the front doors, roof and tailgate, the exterior of the RS 6 Avant comprises exclusively RS-specific parts. It sits on beefy 21-inch alloys shrouded by broad flared arches that expand the estate car's width by 40mm on each side.

There's a new bonnet with powerdome, a gloss black honeycombe, single frame grille and a new front bumper with large air inlets at the sides which extend almost to the standard LED headlights.

Audi dealers will open the order books for the new RS 6 Avant in November with first deliveries expected in January. Prices for the UK market have not been announced but are likely to be in the region of £80,000, but buyers can expect a fully-loaded interior with a digital cockpit and a plethora of driver convenience and safety technologies. 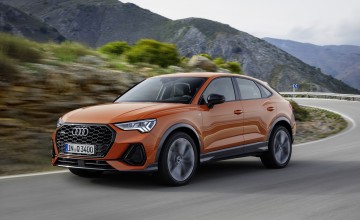 AUDI has come a step closer to production reality with a Geneva Motor Show... 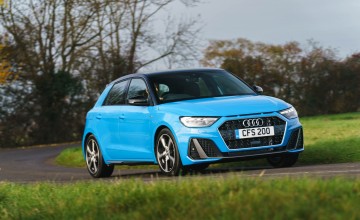