By Ian Donaldson on 2019-08-25 - Ian estimates he has driven more than 6,000 cars (so far) in a road testing career that's taken him around the world. He has spent several years as a full-time staff motoring editor and is now a busy freelance journalist

YOU'RE looking at the least powerful new car on sale today; so puny on paper it's going to be bullied in the car park playground.

But after many miles behind the wheel I didn't want to give this little charmer back.

The Skoda Citgo (and its virtual clones wearing VW and SEAT badges) proves motoring can be fun with the minimum of urge under the bonnet, if it's been deftly engineered.

And it has, the tiny engine thrumming quietly away with the eagerness of a puppy ready for walkies and never feeling strained as you change down a gear to maintain momentum up modest slopes.

The Citigo's 60 horses are outgunned by everything else from its rivals, stretching from a Kia Picanto (66 horsepower) and Suzuki Celerio (68) to a Toyota Aygo (69) and the Ford Ka+ (70).

Doesn't stop it comfortably keeping up with motorway traffic, though, and using its modest size to turn crowded city streets into easy access routes to the shops.

Yes, you have to make much more use of the gearbox compared to a more powerful car but the Citigo's light clutch and delightfully crisp gearchange were a pleasure to engage with.

Then there's the payback at the pumps. A week's worth of varied roads produced a 58mpg average. Impressive enough but a gentle jog on a speed restricted M6 did better still, with a boastful 72mpg.

You can have your Citigo with a more powerful (a relative term) engine, its 75 horsepower upgrade adding £390 to the bill but increasing the performance only a little. I wouldn't bother.

Instead, I'd enjoy a small car that thinks it's a big one that's shrunk in the wash, but still leaving enough space inside for a quartet of grown adults and enough room in the boot for a decent outing to the supermarket.

With prices starting at £8,890 this smallest of Skodas is never going to feel like a limo but it comes, in SE spec certainly, with just about everything you need for real life motoring contentment, from air con and electric front windows to alloy wheels and remote central locking.

Heated front seats and electrically adjusted and heated door mirrors are a £415 option and for £100 you can add the security of a proper spare wheel buried beneath the boot floor in place of the bottle of gloop that may or many not work when you endure a puncture.

Fold-out rear windows and the absence of DAB radio are signs that Skoda needed to keep the cost down and you'll only see a navigation map by plugging your mobile into a dashtop holder after downloading a Skoda app - and then find in works well sometimes and sometimes not.

But binding everything together is a true sense of an honestly presented little car that rides well enough not to notice and does without some frills and fancies to give you a taste of properly grown up motoring. 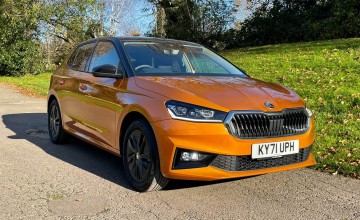 SKODA has raised the bar with its all-new fourth-generation Fabia hatchback... 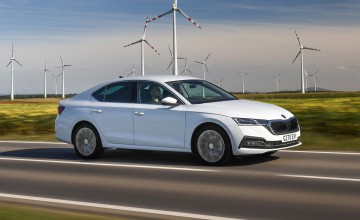 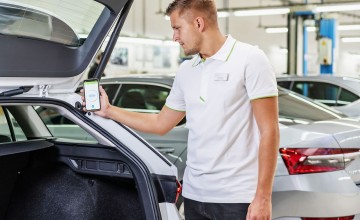