By Chris Russon on 2019-08-26 - The driving force behind Eurekar. Chris heads up a team of motoring correspondents under the Driving Force banner. Prior to Driving Force becoming independent in 2010 he was Chief Motoring Editor for Trinity Mirror Regional newspapers. Chris has been writing about cars for almost 40 years. 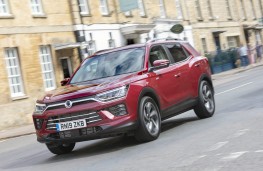 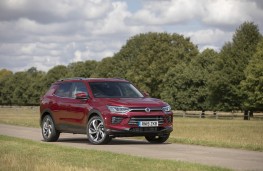 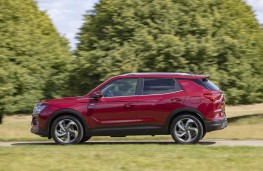 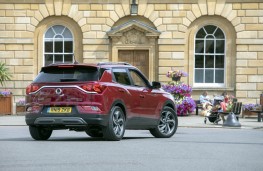 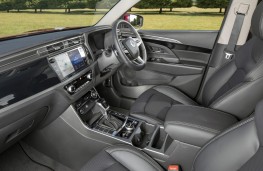 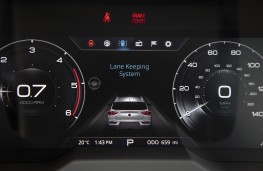 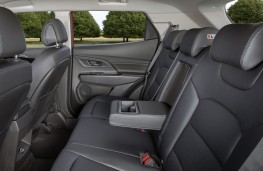 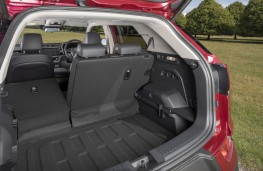 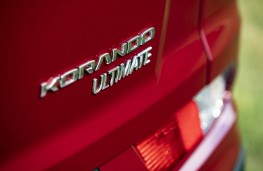 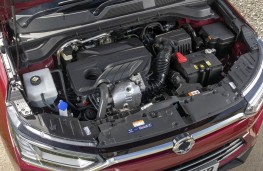 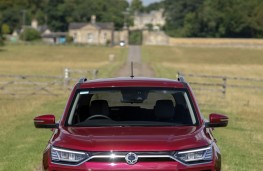 First revealed at the Geneva Motor Show earlier in the year the newcomer will be on the road come September and priced from £19,995.

It is the third generation of one of the brand's most popular models and builds on the standards set by the larger Rexton which was launched in 2017.

Now owned by Indian conglomerate Mahindra, SsangYong has been upping its game and no longer does it sit in the bargain basement.

In fact, the top end Korando tips the scales at more than £30,000 and the new model is pitting against the likes of the Nissan Qashqai, Peugeot 3008 and Citroen C5 Aircross.

While it may not be as accomplished all round the Korando has many strengths - not least its cabin space which is class leading and the list of equipment available.

The new Korando is bigger than its predecessor, has a good amount of space front and rear and comes with a 407 litre boot that extends to 1,104 litres with the rear seats folded.

Initially it will be powered by a 1.6-litre diesel engine developing 136ps and mated to a six-speed automatic transmission.

Top grade Ultimate versions are 4x4 with drive modes for sport and winter as well as regular use and there are no quibbles with the ride, handling or performance.

Fuel economy is good for a car of this ilk and we managed to average almost 50 to the gallon - outstripping the official 43.5mpg for the Ultimate by some margin. Emissions are rated at 171g/km.

Trim and equipment levels are of a fair standard and there are some features which are special to the brand such as an audible beep when the vehicle in front moves away.

An electronic parking brake with auto hold are part and parcel of the Korando Ultimate specification as is a lane departure system, TomTom sat nav and paddle shifters.

For off road use there is hill descent control and an electric locking differential and the towing limit is two tonnes.

The Korando has always been popular with caravanners - it won awards in the Caravan Club Tow Car of the Year contest in both 2018 and 2014 - and to cater for its lugging reputation SsangYong has produced a lower grade Pioneer model, priced from Â£26,495 for a front-whee-drive version or Â£28,495 for a 4x4.

Performance figures for the Ultimate diesel - which comes in from Â£31,995 - are a 0 to 60 time of around 12 seconds with a top speed of 112mph and that is likely to be the case for the other versions fitted with the same powertrain.

Later in the year a 1.5-litre petrol Korando will be available and that will be the cheapest of the lot and will power the entry level model. In Ultimate trim it will be priced from £26,495.

An all-electric version is under development and SsangYong says should be on the road next year.

With a nine-inch touchscreen and a 10.25-inch digital instrument cluster there is plenty of technology to go at and connectivity includes full smartphone connectivity.

It's a very well rounded package and in the main competitively priced especially taking into account the amount of kit and SsangYong's seven year/150,000 mile warranty. Peace of mind if ever there was. 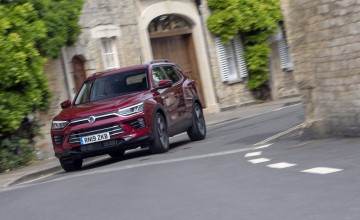 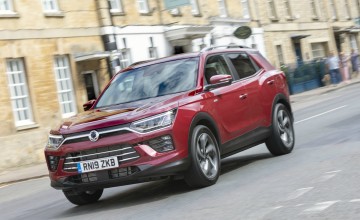 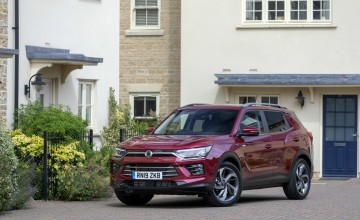