Green is the game 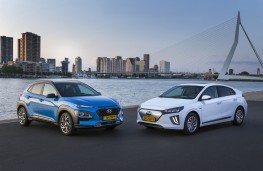 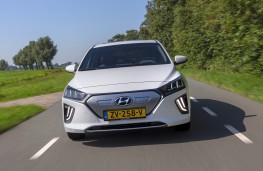 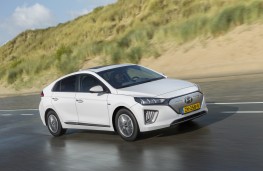 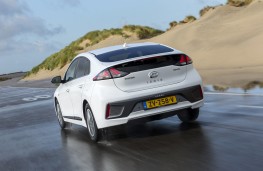 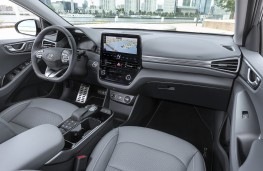 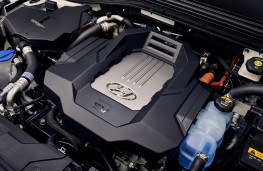 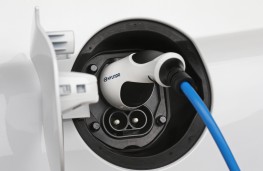 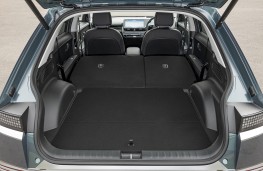 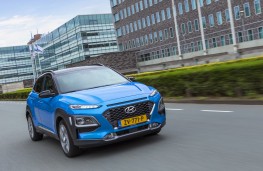 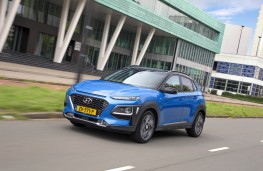 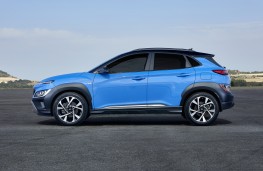 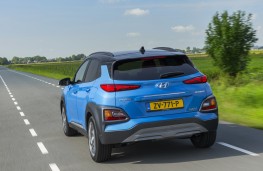 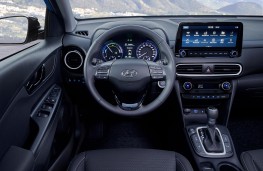 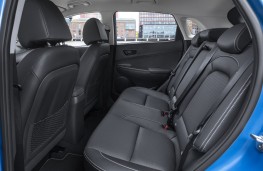 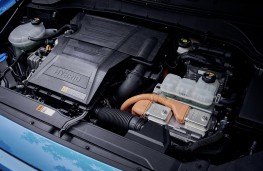 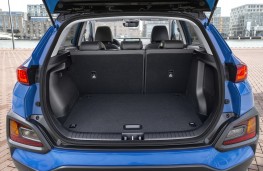 HYUNDAI is emphasising its green credentials with two new models for the eco age.

The Korean car brand is increasing the range of its all-electric Ioniq family car and is introducing a hybrid version of the Kona compact SUV.

The new Ioniq can now travel up to 194 miles on a single charge - up from some 175 miles on the original model which was introduced in 2016 - and that is down to a larger 38 kWh battery.

Recharging up to 80 per cent capacity takes less than an hour from a fast charger and a complete boost at home can be done in less than six hours.

Prices are up slightly and the new Ioniq Electric now costs from Â£29,450 including the Government grant for zero emission vehicles - up from the Â£27,250 cost of the lower powered model.

That pitches the new Ioniq right up against Nissan's recently revamped Leaf electric car and on the road the Hyundai has an edge.

It is especially quiet in the cruise and now comes with a new regenerative braking system operated via steering wheel paddles that enables single pedal driving.

Eco and sport modes chance the car's characteristics when engaged but left in eco mode the official range can be increased by some margin.

Externally, the Ioniq EV now comes with a new-look silver-grey grille with opening flaps to aid aerodynamics but the greatest changes are on the inside where the cockpit is now similar to Hyundai's Nexo fuel cell car.

There is a 10.25-inch widescreen display in the centre of the dash and a new-look instrument panel that provides a plethora of information.

The Ioniq was the first car in the world to be designed as a hybrid, plug-in hybrid and pure electric model and - like the others in the range - it has its charging point in the rear pillar.

The new Ioniq is also one of the first Hyundai's to feature the brand's new Bluelink telematics system that can be operated from a smartphone away from the vehicle.

The same set up is also being fitted to the new Kona hybrid which will be available at the end of September, some three weeks after the Ioniq is released.

It joins the regular petrol and electric versions of the Kona which are now well established in the Hyundai line up and prices for the hybrid run from £22,495 to £27,195 putting it close to the top of the range below the electric model.

The Kona uses the same petrol-electric powertrain Hyundai fits to the Ioniq hybrid models which comprises a 1.6-litre petrol engine mated to a 32kW motor.

The hybrid Kona is fitted with a six-speed semi-automatic gearbox which gives an official fuel return of 56.5mpg at best with emissions rated at 90g/km.

We managed to average 55 to the gallon with ease and the car is fitted with some clever energy saving systems such as driver only heating as a further aid to economy.

Three trim grades are available and all come with an electric parking brake with a convenient auto hold function, steering wheel paddles and smart coloured accents around the air vents and gear lever.

On the car we tried there was also a black gloss finish to the door release handles which was a classy touch.

Outside, the hybrid is very similar to other models but comes with its own wheel designs and Blue Drive badging on the front wings.

The hybrid is fitted with the same suspension system as the Kona Premium GT and while the drive is not that sporty it is more than acceptable and can tow loads of up to 1.3 tonnes.

Boot space at 361 litres extending to a maximum of 1,143 litres is the same as the regular versions but to accommodate the hybrid systems the size of the fuel tank has been reduced to just over eight gallons giving the hybrid a theoretical range of some 450 miles on a single tank.

Its strength is its economy and the hybrid is the most fuel efficient petrol version of the Kona range - in everyday use more than enough for most.