By David Whinyates on 2019-09-02 - David is one of the UK’s most experienced motoring writers and was instrumental in setting up the Driving Force syndication service for Britain’s biggest regional newspaper group. Former Chief Motoring Editor of Trinity Mirror Regionals, he is Driving Force’s Consultant Motoring Editor and a director of Driving Force Media Ltd.

SPANISH maker SEAT's Cupra sporting offshoot will be giving a clear indication of its future as a major player in its own right with a sexy new concept car which will be unveiled at the forthcoming Frankfurt motor show.

The Cupra Tavascan Electric Concept is a crossover in the same mould as the BMW X6 and Mercedes GLC blending the presence of a large SUV with the sleekness of a sports coupe.

Although it has already announced production of plug-in hybrid models, including the Formentor crossover, next year, this is the company's first road car to use a 100 per cent electric powertrain with two electric motors providing a total power output of 302bhp - good for a 0-60mph sprint time of under 6.5 seconds - and driving all four wheels.

The Tavascan - which is named after a village in the Spanish Pyrenees - is based on the Volkswagen Group's MEB platform with a 77kwh battery pack housed under the floor. The company claims a range of up to 279 miles.

Says Cupra CEO Wayne Griffiths: "Besides the Cupra Formentor, which will be launched in 2020 alongside two other high-performance plug-in hybrid models, we have already proved our technological capabilities by developing the world's first 100 per cent electric touring car, the Cupra e-Racer. With the presentation of the all-electric Cupra Tavascan concept, we are translating this vision into the streets and proving that performance can be electrified." 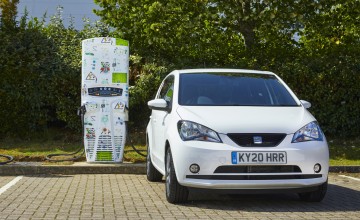 SEAT has teamed up with the nation's children to help redesign and add colour... 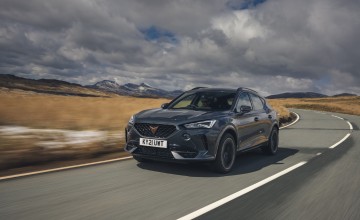