By David Whinyates on 2019-09-04 - David is one of the UK’s most experienced motoring writers and was instrumental in setting up the Driving Force syndication service for Britain’s biggest regional newspaper group. Former Chief Motoring Editor of Trinity Mirror Regionals, he is Driving Force’s Consultant Motoring Editor and a director of Driving Force Media Ltd.

THE Nissan Juke - the car widely credited with inventing the compact crossover class - has been reinvented almost a decade after it was first launched.

The shape remains largely true to the original's love-it-or-hate-it design but looks a little more conventional. The round headlights are still there but they flank a deeper and narrower grille and sit below narrow LED sidelights.

The new model sits on a new platform which it shares with the Renault Captur and Clio and that has given Nissan's designers the chance to stretch the Juke and overcome criticisms of the original model's interior packaging.

It is wider and longer than before and that translates into major gains in interior space with almost six centimetres of extra knee room and 1.1cms more headroom for back seat passengers. Boot space is also increased by 20 per cent with a total capacity of 422 litres.

According to Nissan's European vice-president of product planning, Ponz Pandikuthira: The Juke has grown up, while still retaining the fun-to-drive qualities that have always made it stand out."

Six trim levels will be available at launch including a limited run Premiere Edition with prices starting at £17,395 and rising to £25,395. A new Techna+ grade will offer extensive interior and exterior personalisation options.

Only one power unit is available initially in the shape of a 115bhp one-litre, three-cylinder turbocharged petrol engine which Nissan claims provides improved performance, fuel economy and refinement. It's available with either a six-speed manual or seven-speed dual-clutch paddle-shift transmission, the latter offering Eco, Standard or Sport driving modes.

Nissan designers have ‘reimagined' the Juke's interior with improved driver positions, and more user-friendly controls and storage. Soft-touch materials are now used on the dashboard, door trim to provide a more premium feel and the sports seats can be specified with optional Alcantaraor leather upholstery.

Nissan claims that the new Juke is the most connected Nissan ever and it comes loaded with the latest infotainment and driver assistance technology featuring Nissan Connect Services via an eight-inch touch screen with on-board wi-fi and the company's Intelligent Mobility technology including ProPILOT, which offers electronically assisted steering, acceleration and braking.

In addition, the new range will offer a full package of safety technologies, including intelligent emergency braking with pedestrian and cyclist recognition, traffic sign recognition, intelligent lane intervention, rear cross traffic alert, and a blind spot intervention system which warns the driver when a car gets into its blind spot and brings the Juke back into the lane.

First deliveries of the new Sunderland-built Juke are scheduled at the end of November. 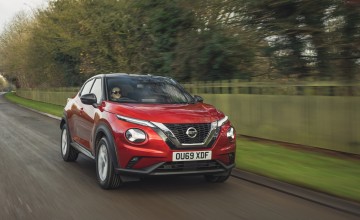 THE Juke was regarded by some as ‘a bit quirky looking' when it first...

A NEW Nissan Juke takes to the road this month with vastly improved road... 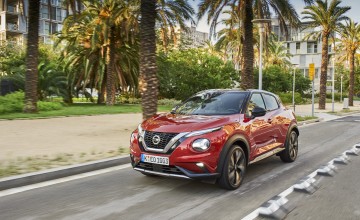 IT'S a Marmite car in every way but for the past nine years the Juke has been a...