By Lee Gibson on 2019-09-07 - A journalist with nearly 30 years of experience on some of the biggest regional newspapers in England and Wales including the Birmingham Mail, Express & Star, Western Mail, the Sunday Mercury and Wales on Sunday. He currently edits the Sunday Mercury motoring pages as well as contributing to Eurekar. 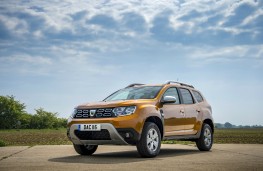 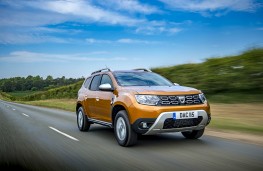 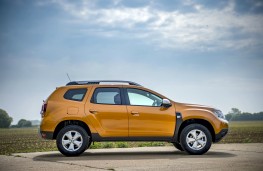 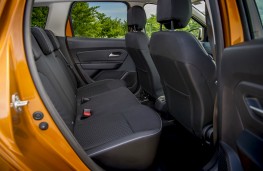 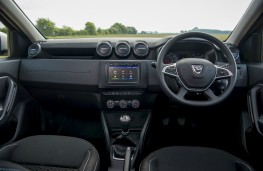 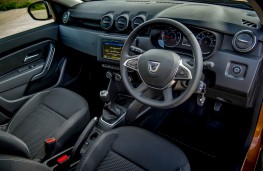 WHILE the current uncertain political and economic climate has left much bigger names struggling, bargain car maker Dacia continues to go from strength to strength.

According to figures from the Society of Motor Manufacturers and Traders, the Romanian brand's sales for the first six months of 2019 reached more than 18,500 - a huge increase of 36.3 percent compared to the same period last year.

And it is the Duster which has been cleaning up in the sales charts, with a staggering 94.7 percent increase in registrations compared to the first six months of 2018.

Approaching 9,000 Dusters have found new homes since the start of 2019, making it the Renault-owned marque's most successful model so far this year.

The current iteration is the second generation Duster and, although upgrades in many areas make it a much more user-friendly car than its predecessor, which helps to explain the huge surge in popularity, it still sticks to Dacia's tried and trusted no-frills approach to motoring.

Cheap and cheerful has very much been the brand's mantra since it launched in the UK in 2013, so it's no surprise that you can pick up a Duster from just Â£10,995 - incredibly around half the price of many of its rivals in the hugely competitive compact SUV market.

At those sorts of prices, of course, expectations of what you will get for your money have to be realistic but you will, nevertheless, be pleasantly surprised at what you find when you climb into the Duster.

Admittedly the entry-level version is pretty sparsely equipped - with no air conditioning and not even a radio - but our mid-range Comfort trim test car offers all the essentials, and a couple of nice-to-haves, for less of your hard-earned cash than you'd have to part with for many superminis.

Interior quality also belies the budget price-tag to a degree, with hard, scratchy plastics dominating, but the seats are surprisingly comfortable and supportive, controls neatly laid out and easy to use and there is ample storage dotted around the cabin for passengers' odds and ends.

The Duster actually has many of its rivals beaten for interior space. There is good head and leg room all around, five adults will be comfortable enough on shorter journeys and at 445 litres, slightly less on 4x4 models, the boot is big enough to cater for most family requirements, with load capacity rising to a generous 1,623 litres with the 60/40 split rear seatback folded down.

Engine choices are a 1.5-litre diesel, 1.6-litre petrol or a turbocharged 1.3-litre petrol, the latter available in two-wheel drive models only and with a choice of two power outputs. A six-speed manual transmission is standard across most of the range.

In truth, none of the powertrains will set the pulse racing but that's not generally high on the wishlist for family SUV buyers. The lower-powered 1.3-litre turbo in our car offers a good balance between performance and economy, decent responsiveness and versatility through the gears and is pretty quiet and refined.

The light power steering is accurate and makes manoeuvring around town easy, while the suspension deals well with less-than-perfect road surfaces, feeling particularly settled on the open road.

As with most SUVs, there is some body roll in corners but it is never excessive when driven sensibly and, with plenty of grip on offer, the Duster is steady, well-balanced and, without being overly engaging, a relaxing and easy-to-drive proposition.

There are undoubtedly compromises to be made at this price point but the value for money here is unquestionable.