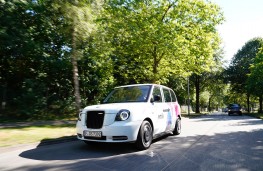 LEVC sees major demand in Europe for shuttle versions of the TX Taxi. The Shuttle is based on its electric taxi, featuring the same e-City technology, merging 80 miles of zero emission motoring with range-extended flexibility giving a total range of 377 miles.

It offers passengers a comfortable and luxurious cabin capable of taking six passengers, alongside charging points for mobile phones and laptops, on-board Wi-Fi and a panoramic roof.

New products such as the TX Shuttle and its LCV van are expected to create further growth in Europe for the company. By 2022, LEVC expects 70 per cent of the vehicles built in Coventry will be for the export market while the remaining 30 per cent will service the UK.

A vital element of its export strategy is the establishment of a central European sales office, based in Frankfurt and, with the strong support of Volvo Germany's dealer network and finance and insurance infrastructure, LEVC is building an established network to cover the growing demand from existing and future customers.

LEVC has already identified sales opportunities across Germany, Denmark and France adding to its current markets of Norway, Sweden, Hong Kong and Malaysia and fitting with LEVC's aim to have fleets of TXs in major cities around the world by 2024.

Chief executive Joerg Hofmann said: "The TX Taxi has been a huge success with 2,500 vehicles sold in the UK - and across Europe. It has proved that taxi drivers have become converts of green logistics, with major benefits in terms of cost savings, while for commercial vehicle operators the e-City range extender technology takes away range anxiety once and for all.

"The time is right for a new green mobility provider, cities are faced with ever-growing populations and the challenge of air quality. With our zero emission TX Taxi, TX Shuttle and LCV, we can change the ways people and goods are moved around an urban area."

LEVC has achieved strong sales figures this year, with record sales month-on-month since April. The all-electric TX has been officially selected as the vehicle for the new on-demand public transport service in Offenbach in Germany, and the company is also currently working with University of Duisenberg-Essen and the city of Cologne to determine the possibility of creating inductive charging for the TX fleet.

Since 2014, China's Geely has invested more than Â£500m into LEVC, allowing it to build an entirely new manufacturing facility in Ansty, Coventry and to develop the TX Taxi. 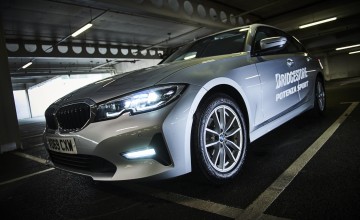 A sports tyre has been developed by Bridgestone that has to be the grippiest...