By Ian Donaldson on 2019-09-14 - Ian estimates he has driven more than 6,000 cars (so far) in a road testing career that's taken him around the world. He has spent several years as a full-time staff motoring editor and is now a busy freelance journalist

SPEED bumps are creeping across more and more urban roads - and that's a good thing, says Citroen as it releases details of a new study.

While some of us are shouting 'no they're not - they ruin tyres and increase pollution' you may wonder why the car maker is so interested in them.

Simple: a couple of current Citroens are fitted with suspension and seats specially aimed at making bumps less of an event.

So speed bumps - taken at safe and sensible speeds, emphasises Citroen - will be noticed less in a new C5 Aircross SUV or C4 Cactus.

Live in one of eight London boroughs, kings of the speed bump according to the survey, and life on the road will be less of a pain in the back. Ditto for lots of places outside the capital, with Norwich heading the provincial bumps table.

Well, a week driving in and out of a town not even mentioned in the survey but plastered with the worst sort of speed bump - brick built, just wider than the car's wheel track and crumbling - showed Citroen is on to something.

The C4 Cactus suspension set up is simpler than classic Citroens of old but introduces welcome new thinking, with shock absorbers that do away with rubber bump stops and use extra hydraulic cushions at the extremities of suspension travel.

And it works. Within a few metres of setting off you sense the new C4 Cactus is working hard on your behalf to isolate you and your passengers from the jolts and ridges that make up a modern road. They even tried hard to minimise the speed bumps.

It's not the magic carpet ride Citroen boasts about but it is instantly and continually more comfortable than its rivals.

Then there are the seats. At first glance they look a bit flat and shapeless, but the coverings hide different densities of padding for extra support. Again, they're not a technical marvel but after a week and 500 miles sitting on them, they won a strong thumb's up in the comfort department.

Both springs and seats mark out a car that dares to be a bit different, playing more to comfort than outright driving appeal.

You might imagine a lot of car buyers would like that approach, losing out a little on sportiness if the result is real world relaxation on the move. We don't all want a harshly sprung road rocket. A dashboard lacking a rev counter signals the car's lack of sporting intent too.

The car's softly, softly approach may have helped on the economy front, with 47mpg showing on the trip computer after a week's workout. And that's from a willing little petrol engine that propels this modestly sized family hatch with some brio if needed. 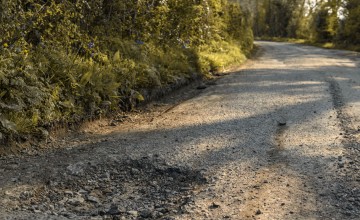 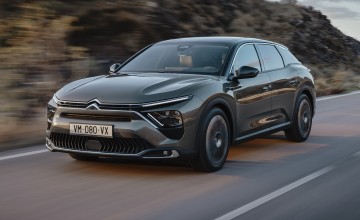