By Jon Smith on 2019-09-14 - Jon is a senior motoring journalist with a background writing for weekly/provincial daily and national newspapers and magazines. He has held executive news and features positions in Fleet Street and evening titles. Former Pirelli Motoring Writer of the Year winner. Currently specialising in product launches, safety issues, car tests and future motoring trends. 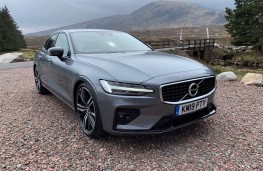 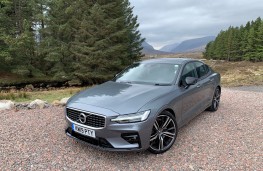 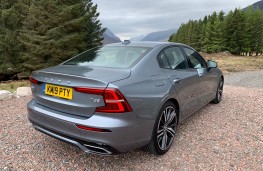 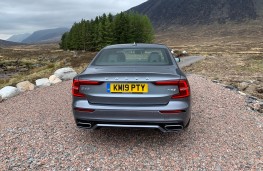 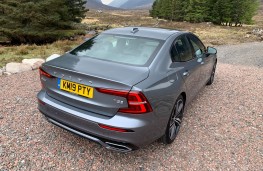 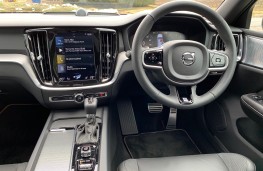 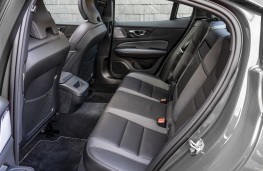 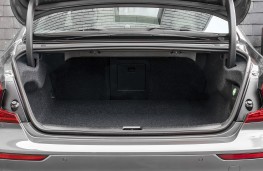 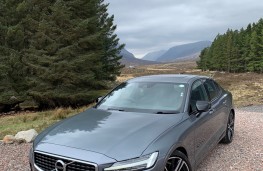 THE Three German Musketeers - BMW, Mercedes and Audi - have had it their own way scything a path through the executive saloon class for the last couple of decades.

Models such as the 3 Series, C-Class and A4 dominate the middle managers car park. Sure, Jaguar and Lexus nibble at the edges, but little more.

Now, however, there's a serious new challenger in the shape of the Volvo S60 range.

In the past, the Swede has occupied a little visited territory in the sub-executive sector. But the latest version is a fully fledged, pin-striped, suited and booted contender equipped to rival the big three.

Built on the same platform used by the established and highly praised XC60 and XC90 SUVs, it has afforded the four-door premium saloon a dexterity and athleticism to match the best.

An area where the S60 actually betters its rivals is in cabin design. Volvo has gone its own way in interior design and is all the better for it. There's an accent on minimalism and airiness that competitors lack.

A large nine-inch Sensus touchscreen has a swipe action like an iPad and works a treat once you get used to it. The controls are meticulously fashioned and a twist-starter knob sits purposefully on the central console. Metal mesh inlays on the fascia lend a sporting note and lift the cabin architecture.

The model driven here is the T5 R-Design Edition, expected to be among the most popular versions. With a 250bhp, four-pot petrol engine it delivers ample punch, disposing of 62mph in a useful 6.3 seconds and going on to a max of 145mph.

An eight-speed automatic gearbox with steering wheel paddles makes the most of the wide spread of power and takes the strain out of city snarl-ups. Changes are swift and smooth and the right ratio is never more than a millisecond away.

The ride is on the firm side of sporty with little cornering roll and plenty of feedback from the steering. Only over patched-up surfaces or undulations does the suspension get a tad fidgety making the Volvo feels slightly less composed.

It sticks well to the road with few giveaways that it's driven solely by the front wheels, unlike some of its main rivals.

Space within the attractive cabin is reasonable with ample front leg and headroom. Rear seat passengers are less generously catered for but there's still sufficient room to get comfortable. The boot can soak up 442 litres of luggage, more than enough for most family trips although slightly less spacious than some similar sized saloons.

Volvo has pledged to move away from diesel power and this 1,969cc petrol engine offers miserly thirst despite plentiful power. My average of nearly 40mpg should be easily attainable by most owners.

No shortage of goodies onboard, the R-Design Edition has sat nav, front and rear parking sensors, hands free boot opening, heated front seats and two-zone climate control all as standard. 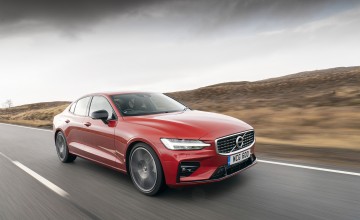 IN a world where the latest electric hypercars are producing enough power to...

VOLVO has launched its third generation S60 - a mid-sized executive saloon that...