By Ian Donaldson on 2019-09-19 - Ian estimates he has driven more than 6,000 cars (so far) in a road testing career that's taken him around the world. He has spent several years as a full-time staff motoring editor and is now a busy freelance journalist

THE Volkswagen Golf is now available with three new trim levels: Match Edition, GT Edition and R-Line Edition, all benefiting from a suite of extra equipment over the outgoing trims on which they are based.

They cost £400 more than the former versions - but come with extra standard equipment worth £1,910 when equipped individually.

Following Volkswagen UK tradition, Edition trim levels are introduced as a product nears the end of its current generation.

With the eighth-generation Golf nearing its global debut later this year, the Golf continues a 45-year run of popularity.

Dale Piper, golf product manager at Volkswagen UK, said: "Even though it was launched in 2012, the current, seventh-generation remains our best-selling car by a comfortable margin."

The extra trims are added just a few weeks after the brand announced a price drop for the e-Golf of £2,765, adding yet more affordability to this already wallet-friendly EV, which boasts ultra-low running costs by virtue of its all-electric powertrain.

Orders are now open for the enhanced Edition trims, with deliveries from October. Customers who ordered one of the three outgoing trims after 16 September will be automatically upgraded to Match Edition, GT Edition or R-Line Edition. 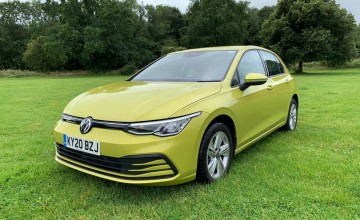 AFTER 45 years and with a staggering 35 million sales, the Volkswagen Golf... 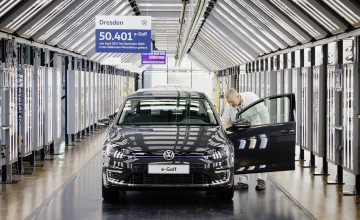