By Barrie Mills on 2019-09-23 - Barrie has been covering the motoring scene for more than 15 years contributing to Driving Force and the Liverpool Echo. When he is not writing about cars, he is deputy head of production for Trinity Mirror in Merseyside. Barrie has a particular interest in classic cars. 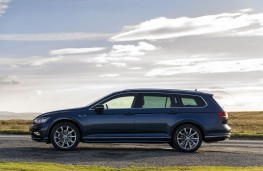 HAVING built 30 million of them so far, Volkswagen must be doing something right with the Passat.

In fact, with an unbroken span of 46 years in production, it's the longest-running model in the current VW range, beating even the Golf.

But times change, and the Passat is changing with them.

The latest version of the car, now on sale, takes a step forward in terms of quality, design and technology and moves it closer, as an overall package, to higher-priced rivals such as the BMW 3 Series and Audi A4.

The new design, while retaining the unmistakeable Passat silhouette, is sharper and has more presence than the outgoing car, especially at the front where LED running lights below the grille give it a fresher, more sporting look.

The clean lines extend to the interior, which looks classy and modern. A new, larger touchscreen can be specified which is just over 12 inches wide, and provides one of the clearest and easiest-to-use displays on the market. It's well worth considering spending the extra money - it's an impressive piece of kit.

Seats - available with some fancy trim options - are almost endlessly adjustable and if you can't make yourself comfortable in a new Passat you probably just need to read the manual more carefully.

As with pretty much any new car launch at present and for the forseeable future, technology is at the forefront of the model's smart new re-design - smart in more ways than one.

There's a long list of onboard tech to keep you entertained and informed, but there are also developments in safety technology.

All models get Travel Assist as standard, a suite of safety features including a system that allows the car to be driven at up to 130 mph - where legal - in a partially automated mode.

It also features active, adaptive cruise control and more intelligent sensor systems. These can not only warn you that you're veering out of lane, but can also detect hazards like kerbs and grass verges.

New phone app integration systems are clever, too, allowing music and some sat nav apps to transfer seamlessly from phone to car when you climb aboard.

Volkswagen expect one in four of all new Passats sold to be the GTE plug-in hybrid model, compared with one in 10 of the outgoing model.

The increase in range may seem small, but it will cover the daily commute for most people - one of the key factors in a decision to go electric.

Besides the hybrid, Volkswagen say they have "simplified" the Passat range to eight UK variants - which gives you some idea how long the list was previously.

When everything else on the road seems to be an SUV, it's good to see the more traditional estate, with its useful load-lugging space, is still popular.

But with its competitive pricing and extended range, the GTE hybrid is going to be an attractive option for many.

Particularly in the last few years, the Passat has carved its own niche in the executive car market - ahead of the Mondeo and Insignia but not on a par with BMW and Audi.

This new version might still not match the more expensive cars in all areas, but it's a lot of car for the money. 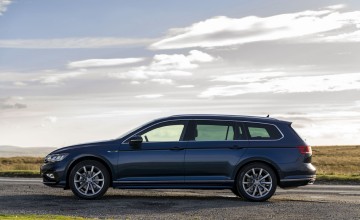 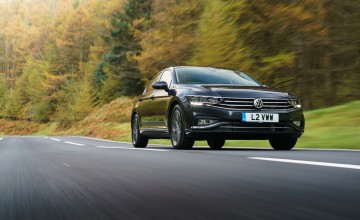