By Jon Smith on 2019-10-07 - Jon is a senior motoring journalist with a background writing for weekly/provincial daily and national newspapers and magazines. He has held executive news and features positions in Fleet Street and evening titles. Former Pirelli Motoring Writer of the Year winner. Currently specialising in product launches, safety issues, car tests and future motoring trends. 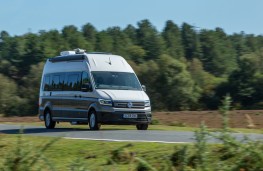 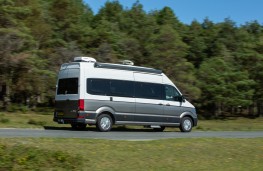 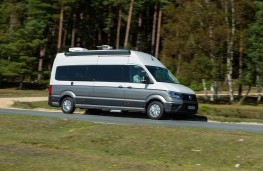 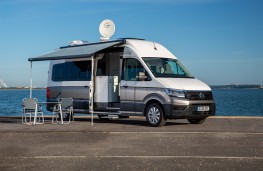 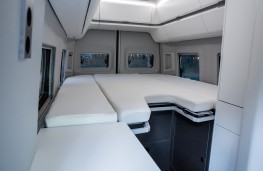 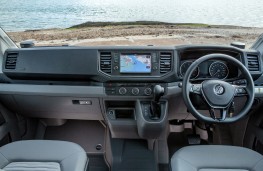 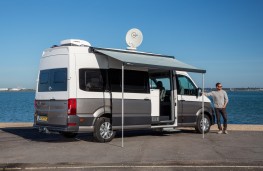 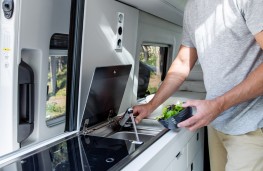 CARRY on Camping... it could be an appropriate catchphrase for one of the world's biggest car makers.

Called the Type 2, the split screen, flat nosed Kombi went on to become a hippy favourite and the darling of every beach boy - and girl - surfer on both sides of the Atlantic.

In fact, the very last T2 was made just six years ago at a VW plant in Brazil.

But it was the California - just released in larger, posher Grand California guise - that took up the spiritual baton of the Camper van 31 years ago.

Roomier, more luxurious and better to drive, it was an instant hit with families who loved the open air but demanded something comfier than a tent but weren't won over by caravans.

I get their point. My experience with a towed caravan was being unable to reverse down a country lane lined by unforgiving dry stone walls, then parking it in a dip in a sodden field - well away from caravanners who had sensibly gathered on the high ground. I wonder why!

To compound my error I forgot to lower the ‘legs'. Yes, the whole thing tipped up when we climbed onboard. Later, a patronising but well-meaning experienced caravan owner towed us to firmer ground minutes before our van sank completely.

To be honest, I didn't find putting up a tent much easier. The access ‘door' usually ended up in a hedge and the guy lines were distinctly floppy.

You won't, however, encounter any of these problems with the latest Grand California which is luxury and simplicity on wheels. Mind you, it does cost Â£70,000 or more.

But in the 680, adults can sleep long-ways rather than transversely. Each has an overcab bed in the roof which is more suitable for kids.

Based on the Crafter van, there's a load of clever touches that make life on the move easier. An electrically operated step which moves out in front of the door makes getting in and out a synch and there's a two-part mosquito net in the door to keep you itch-free on warm climes.

Camping table and chairs are simply stowed in the rear wing doors. The kitchen has a pull-out 70 litre fridge and freezer compartment which can be reached from the outside so you don't have to leave muddy footprints inside the vehicle. In all, there are 11 top cabinets to stow the necessary family clutter.

A double bench seat and swivel seats at the front and a table mean that four can sit comfortably when dining in.

Water is heated via gas or electricity through a combi-boiler style system and 110 litres of fresh water can be carried which serves the wetroom and kitchen. There's also an external shower connection at the rear of the Grand California.

Obviously there are copious options to personalise and customise your camper such as additional roof-mounted air con at the rear, awnings, satellite dish and bicycle rack.

So what's the Grand Californian like to drive? Well, surprisingly easy so long as you take not of the width and length. In fact it tends to shrink around the driver as the miles roll by.

The steering is quite low-geared if you are more used to driving a car, but you soon get used to that.

If you are planning off-road forays it may be worth speccing the 4Motion four wheel drive system which is an option.

It's worth noting that VW can justly lay claim to being the only manufacturer to build its own motor homes. And there are 97 dealers who handle them.

So, from someone like myself who goes more for hotel habitats, I can truthfully endorse that life in the Grand California is pretty grand.

The only element that still remains to be controlled - or muted, perhaps - is the pitter-patter sound of rain falling on the metal roof at night! 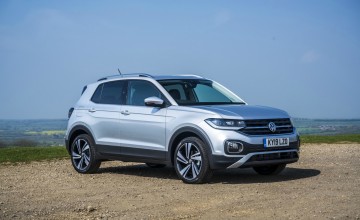 THESE days, it seems, there is always room for one more SUV - and the latest...

I USED to joke about SUVs getting ever smaller, suggesting that one day there...