By Edward Stephens on 2019-10-13 - Edward edits the motoring pages of the Birmingham Mail and Birmingham Post as a freelancer after more than 35 years on the staff. Also writes on motoring for various other newspapers, trade magazines and well known websites. 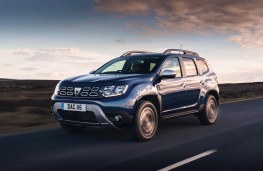 DACIA'S Duster is certainly cleaning up when it comes to sales, with a staggering 95 per cent more models sold in the first half of this year than for the same period for 2018.

And with prices starting from Â£9,995 for a spacious family car it's hardly surprising.

Step up to a Comfort spec model with a beefy 130bhp engine under the bonnet, as driven here, and the price goes up to almost £15,000 but you would be hard pressed to find better value for money anywhere.

Dacia, a brand which belongs to Renault, was launched in the UK in 2013 and now has a firm following.

The first generation Dusters were a little basic but still excellent value. With the second generation Dacia has improved things dramatically, producing a car on which not only has every body panel been changed but a whole lot of creature comforts have been added too.

Now it's a car that really is enjoyable to drive, easy to live with, spacious and quiet.

My time with a Duster came immediately after driving a £318,000 Bentley Mulsanne Speed yet it still managed to impress.

At the same time it's surprisingly quiet. In fact it's 50 per cent quieter than the previous generation model thanks to more sound absorbing material in the cabin and engine department and thicker glass for the front windows.

So while most cheap cars feel, well cheap, the Duster doesn't.

Satin chrome roof bars and door mirrors, 16-inch alloy wheels, side sills and front and rear scuff plates all give it a nice chunky, distinctive look and the extra height means good all round vision.

Inside there's air conditioning, electric windows all round, cruise control, DAB radio a reversing camera as well as parking sensors.

A seven-inch touch screen sits in the centre of the dashboard below the air vents to give access to numerous on-board functions as well as acting as a monitor for the satellite navigation and reversing camera.

In fact it's difficult to find any corner that has been cut in order to give this Duster such a competitive price.

The tailgate extends right down to the rear bumper for easy loading and the boot can accommodate 445 litres of luggage with the rear seatbacks in position and a generous 1,623 litres with them lowered.

The Duster's high stance, which makes getting in and out very easy, means there‘s some roll on corners but nothing to complain about and it's all kept well under control so you can still enjoy fast cornering when the family aren't on board. 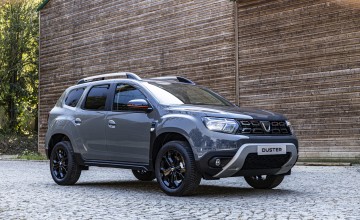