By Lee Gibson on 2019-10-19 - A journalist with nearly 30 years of experience on some of the biggest regional newspapers in England and Wales including the Birmingham Mail, Express & Star, Western Mail, the Sunday Mercury and Wales on Sunday. He currently edits the Sunday Mercury motoring pages as well as contributing to Eurekar. 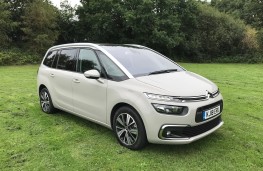 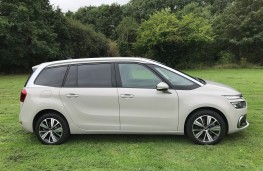 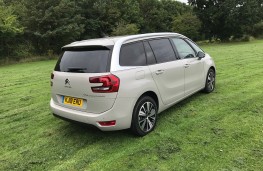 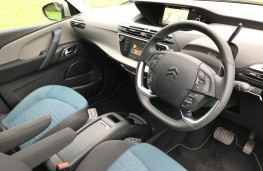 DESPITE the seemingly unquenchable thirst for SUVs and crossovers I am a firm believer that, when it comes to moving lots of folk or lots of stuff, a people carrier remains the best choice.

I always try to have one of these family buses on test whenever the Gibson clan choose a summer staycation rather than joining the sweaty hordes on package flights to Spain or Greece.

So it was that a Citroen Grand C4 SpaceTourer was secured for the duration of a week-long trek to the picturesque and, happily for us, sun-drenched north Cornwall coast - and proved to be the ideal motor for the job.

This seven-seat version of the C4 SpaceTourer, formerly known as the Picasso, showcases the French car maker's long tradition in the MPV sector - wrapping impressive space and practicality in a stylish, modern package that avoids the boxy appearance of many rivals.

The huge 632-litre boot was capacious enough to take all of our holiday gear, leaving the three equally-sized sliding and reclining rear seats free for teenagers Millie and Rory.

The benefits of this room to stretch out were not lost on them when, en route to our cottage home for the week, Millie spotted less fortunate offspring having to sit with bags on their laps.

Life in the back of the Grand C4 is made even more bearable on longer trips by the flip up tables on front seat backs, with their own reading lights; rear aircon vents; and hidden storage compartments in the flat footwell to stow away personal belongings.

Up front space is equally generous for the driver and passenger, with a vast windscreen enhancing the light, airy feel of the cabin.

In automatic versions such as our test car, the drive selector sits atop the steering column freeing up room for an extra large, removable, storage bin between the front seats - which was more than big enough to stow sweets and snacks aplenty for our long trip as well as mobile phones, wallets, purses, keys and other bits and bobs.

With abundant soft-touch surfaces and the fact that most of the car's functions are accessed via the central touchscreen, the Grand C4's interior has a minimalist, upmarket feel and offers a comfortable travelling environment - especially in flagship Flair trim.

Any fears that the 1.2-litre, three-cylinder petrol engine beneath the bonnet of our car might be a little underpowered for a fully-loaded people carrier were soon dispelled.

Mated to a smooth eight-speed automatic gearbox, previously only available with diesel versions, this award-winning PureTech power pack reached cruising speed effortlessly on the motorway and was capable and responsive around town and on the winding country lanes of Cornwall - where the Grand C4 also proved surprisingly nimble.

The light, accurate steering made manoeuvring fairly straightforward and, although there was some body roll in bends, it wasn't pronounced and the car always felt settled and the ride comfortable.

When the boot is not needed, the two flip-up rearmost seats are ideal for occasional use and easily accessed although, as with most rivals, probably best left to the kids while, at the other extreme, if you need to carry large loads as opposed to people, with all five rear seats folded flat the capacity is a van-like 2,181 litres.

The incredibly versatile Grand C4 SpaceTourer is proof that, despite the rise of the SUV, there is still a place in the family car market for a well-thought out MPV - especially when holiday time comes around. 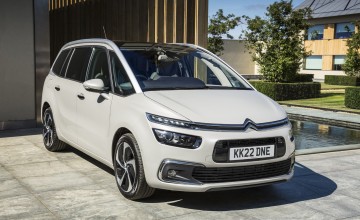