THE first production electric car from Mazda has been revealed at the Tokyo Motor Show and is scheduled to be available from UK dealers in early 2021, although left hand drive versions will hit the roads of mainland Europe next year.

The Japanese maker says that the new MX-30 hatchback will stand apart as a battery electric vehicle developed for drivers who don't want to sacrifice driving pleasure for the sake of going green with an all-electric car.

However, at this stage they're not revealing any details of the car's performance other than to claim a range of approximately 125miles from the car's 35.5kWh battery - not that impressive given the fact that many of the latest generation electric models will travel well over 250 miles on a single charge.

However, according to a survey conducted for Mazda, the average daily drive of European customers is only 30 miles and the new model's range comfortably exceeds that. And, according to the company's European CEO, Yasuhiro Aoyama: "We focused all our efforts on creating an electric car that we anticipate will be a second car where the range of our vehicle will meet customers' needs."

The SUV styling features rear hinged back doors - a Mazda signature feature first seen on the now-defunct RX-8 sports car - which the company says provide easier access to both the front and rear seats.

The cabin will see the introduction of eco-friendly materials, such as cork, introducing what Mazda calls a vegan alternative to traditional plastic and leather trims. 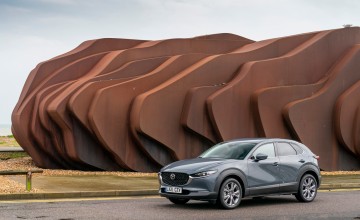 COMPACT crossovers and pseudo-SUVs continue to be all the rage with car buyers... 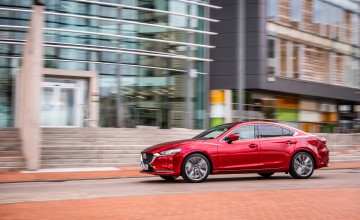 A DIESEL engine is to be added to the powertrain choices available in Mazda's...