By Peter Hayward on 2019-10-25 - Peter has been writing about cars for more than 35 years producing road tests, second hand car tests, features on new and classic models, road safety and manufacturing. Has been a contributor to Auto Express, Classic Cars, Classic Car Weekly, Candis magazine and Japanese Motoring. 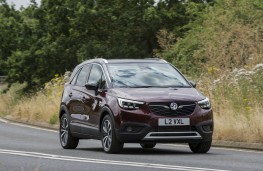 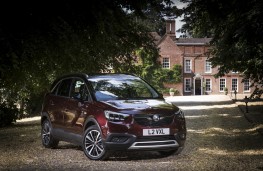 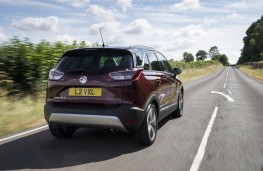 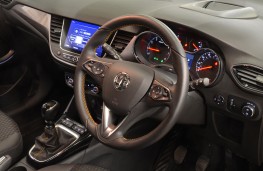 IF you've never learned the art of reversing using the door mirrors, it's a skill well worth mastering.

I taught the present Mrs Hayward to do it some years ago and a couple of weeks later she was reversing through a narrow gap.

A couple of old boys walking past stopped to watch, shaking their heads and laughing because they didn't think she could do it.

But when slotted the car through perfectly, they gave her a round of applause and she said she should have taken bets before she started.

I was reminded of this last week, as I threaded through a gap about two inches wider than the Vauxhall I was driving - and even had to pull in one of the mirrors to get through.

The Crossland X is a true crossover. There's no 4x4 available in the range but it makes a very good family holdall for four, or occasionally five.

In SUV style it's taller than a standard hatch, giving a great view all around on the move and making it easier for most people to get in and out.

The Techline Nav model I drove was powered by the most powerful 130bhp turbo version of the only petrol engine available - a 1.2-litre that drives the front wheels through a six-speed gearbox.

There is a 1.5-litre diesel turbo too plus lower powered versions of the 1.2 and the petrol models are so economical that you would need to cover large mileages to make the more expensive oil burner worthwhile.

The three cylinder petrol is smooth and quiet at almost all speeds and full of verve in answer to a prod of the right foot.

It picks up beautifully from low revs in the bottom five gears, but in sixth, tends to rumble a little if asked for power too low down.

Acceleration is excellent from almost any speed, so that it can dispatch the zero to 62 miles an hour sprint in just over nine seconds.

And as with other triples, when it's revved, it sounds great - often as if there are six cylinders beavering away under the bonnet.

The clutch is light and although there's no left footrest, there is plenty of space for the left foot. But the gearchange is a little woolly at times and really needs to be improved.

Handling is safe and sure through the corners and it feels very good, with strong road-holding and fine balance. But the steering can feel a little inert at times, not giving much in the way of feedback.

There is a little roll and although the ride is good much of the time, it does feel many of the imperfections in the road surface - something we are plagued with wherever we drive these days.

Start/stop is standard to save fuel and reduce emissions, but I had to turn it off on one trip in traffic, because it let me down by failing to start again quickly enough.

Inside, there are comfortable, well-shaped seats - a 60/40 folding set in the rear - and a clear dash with a full sweep rev counter and speedometer. 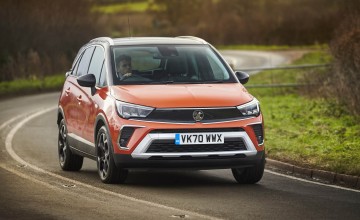 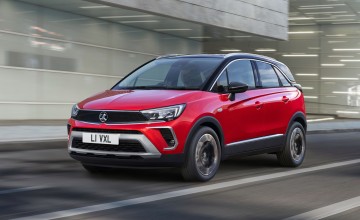