By Chris Russon on 2019-11-13 - The driving force behind Eurekar. Chris heads up a team of motoring correspondents under the Driving Force banner. Prior to Driving Force becoming independent in 2010 he was Chief Motoring Editor for Trinity Mirror Regional newspapers. Chris has been writing about cars for almost 40 years. 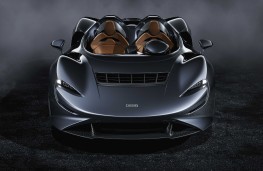 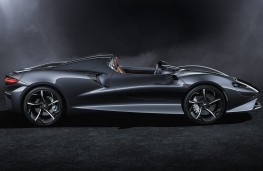 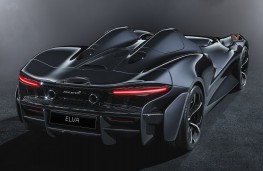 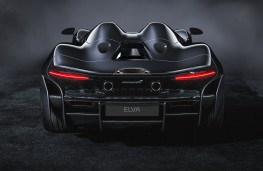 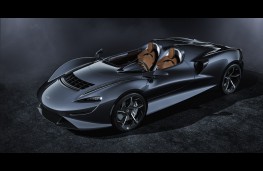 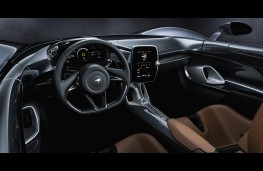 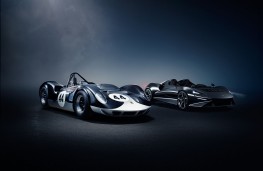 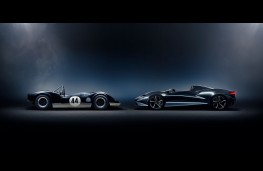 A SUPERCAR with no windscreen, astonishing performance and a £1.4 million price tag is the latest offering from McLaren.

Taking its inspiration from the Bruce McLaren designed McLaren-Elva of the 1960s, the open cockpit two seat roadster is the latest model to join the brand's exclusive Ultimate Series.

Just 399 examples of the new Elva will be made and each has a starting price of £1.425 million.

With a 0 to 60 acceleration time of less than three seconds and a 0 to 124mph time of 6.7 seconds the Elva is even quicker than the track inspired McLaren Senna.

The Elva is powered by a 4.0-litre twin turbo V8 engine developing 815ps with an astonishing 800Nm of torque.

And although McLaren still has to reveal the precise weight of its newcomer it says it is the lightest road car it has produced to date with a carbon fibre chassis and body.

Although the cockpit is completely exposed to the elements McLaren has devised what it calls an Active Air Management System which creates an atmospheric cocoon around the interior.

And for those not brave enough to go for the full effect, a fixed windscreen derivative will also be available.

The Elva will be released towards the end of next year and the final price of each model will depend on the level of individual personalisation which can include 18ct white gold or platinum badges and a 24ct gold engine bay heat shield.

Mike Flewitt, McLaren's chief executive, said: "McLaren continues to push the boundaries of supercar and hypercar development in pursuit of outstanding and unparalleled driving experiences for our customers and the McLaren Elva epitomises that pioneering spirit.

"The McLaren-Elva M1A and its successors are in many ways the true spiritual forerunners of today's McLarens - superlight, mid-engined cars with the highest levels of performance and dynamic excellence. It's fitting that the new McLaren Ultimate Series roadster - a uniquely modern car that delivers the ultimate connection between driver, car and the elements and with that new heights of driving pleasure on road or track - acknowledges our rich heritage with the Elva name."

Produced as ‘customer' versions of the Group 7 McLaren race cars of the 1960s, the original McLaren-Elva sportscars embodied many of the pioneering design and engineering principles that are integral to the current McClaren range.

The seats on the latest Elva are of a bespoke design, with a new lightweight carbon fibre shell that not only supports the head, shoulder and back area of the occupants, but works seamlessly with the upper shape of the cabin.

The lower area of each seat is marginally shorter than a conventional McLaren seat, allowing enough space within the footwells for driver or passenger to stand should they want to in order to enter or leave the vehicle.

In a first for McLaren, the controls for the Active Dynamics functions are integrated into the instrument cluster, set either side of the binnacle, while the dynamic mode switches are situated close to the gearshift paddles and their operation does not require the driver to remove their hands from the steering wheel.

Stowage space is offered beneath the rear tonneau where there is a place to stow two crash helmets should the occupants wish such protection.