By Maxine Ashford on 2019-11-16 - Maxine has been a journalist since the late 1980s and for the past 13 years has specialised in motoring. Former motoring editor at Media Wales responsible for the Western Mail, South Wales Echo, Wales on Sunday. Freelance since 2009, Maxine loves cars but not quite as much as rugby! 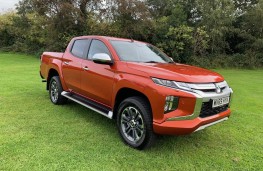 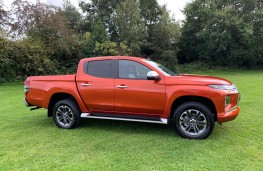 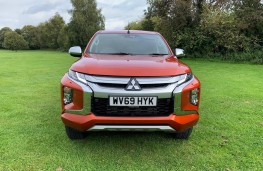 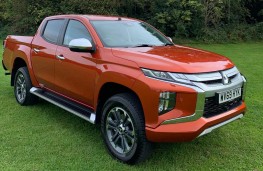 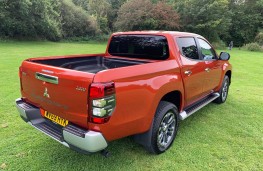 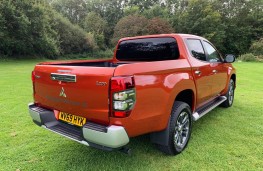 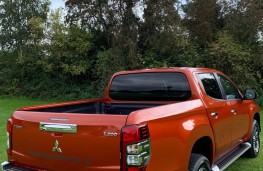 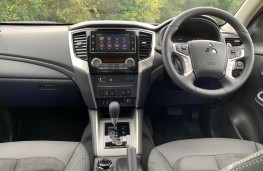 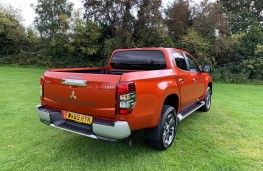 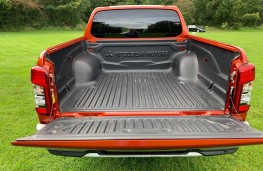 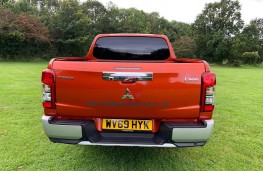 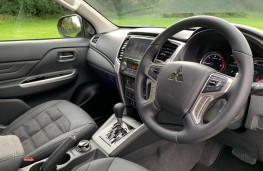 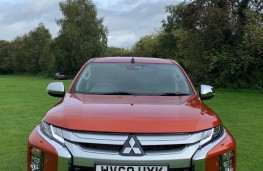 RUMOURS that the Mitsubishi L200 had gone a little ‘soft' have been overwhelmingly quashed with the arrival of the new Series 6 model which has certainly developed some attitude along the way.

With 40 years of 4x4 know-how to call upon, there has never been any doubt about the mighty pick-up's ability off road. But in recent years more and more of these models have entered the arena and the L200 was starting to look a little bland by comparison.

But that has all changed with the Series 6 which boasts a completely new front end that looks far more aggressive in its styling. There is a new 2,268cc turbo diesel powertrain with AdBlue, along with an upgraded automatic gearbox with six speeds.

We chose the top-of-the-range Barbarian X with automatic gearbox delivering 150PS and 400Nm of torque and featuring the new transmission, and it didn't disappoint. On the economy front, it could deliver combined fuel efficiency of 29.1mpg with carbon emissions of 206g/km.

Priced at Â£32,200 (Â£32,885 with options) excluding VAT, the new L200 certainly looks the business with a commanding road presence. There is a new clamshell bonnet that's been raised by 40mm, Mitsubishi's distinctive Dynamic Shield grille, narrow LED headlights with LED daytime running lights, an upgraded rear end with new metalwork, bumpers and LED taillights. There are squared off wheel arches and new 18-inch alloys to complete the imposing look.

Climb on board, with the aid of a side step and grab handles if necessary, and you are greeted with a modern interior with lots of techno treats to explore.

Our range-topper featured bespoke Barbarian X upholstery, along with a chunkier steering wheel that can be heated and a touchscreen infotainment system.

Out on the open road, comfort levels within the new L200 have certainly improved. It was previously quite a firm ride with every bump sending shudders through your spine.

The chassis has been strengthened and there are new springs along with larger brakes and these are all factors in the improved ride quality. It would be fair to say the new L200 feels relatively refined for a full-sized pick up.

The acceleration through the gearbox is smooth with ample power on tap from the punchy new engine. The road holding is nice and grippy with fairly minimal body movement into bends.

The driver sits high up and has a great view of the road ahead and all controls, dials and readouts are ideally positioned for easy of use. And when you fancy a little more fun, there are steering wheel mounted paddles to take control of the gear changes.

Although pick-ups are becoming a popular alternative to fully blown SUVs, they still need to offer all the workhorse capabilities that they were originally designed for - and the L200 does just that.

Our open-backed model could transport a payload weighing up to 1,075kgs and tow a trailer of up to 3.5 tonnes. Off the beaten track, it can wade through 600mm-deep water, has ground clearance of 205mm, an approach angle of 30 degrees and departure angle of 22 degrees. One really handy feature is the ability to switch between 2WD and 4WD and back again while on the move, at speeds up to 62mph.

All in all the Mitsubishi L200 Series 6 is quite the all-rounder covering all the practicality, comfort and performance bases very well. It is also competitively priced and brings with it four decades of off-roading expertise. 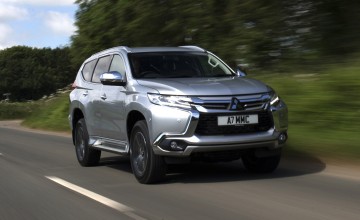 MITSUBISHI helped pave the way towards electrification with the hot-selling...