By Robin Roberts on 2019-11-17 - Has had with a career spent covering the automotive industry and particularly its Welsh component suppliers - he can not only tell you what goes where but possibly who made it fit. He has been a motoring journalist based in Wales for three decades. 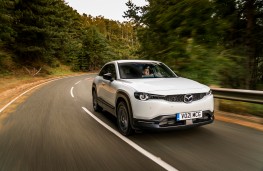 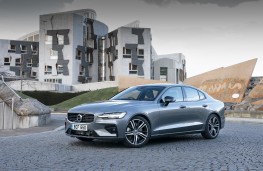 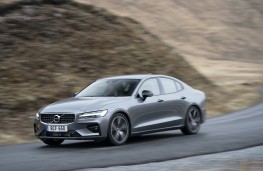 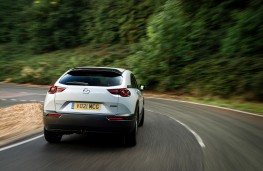 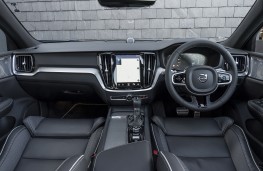 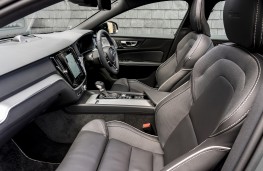 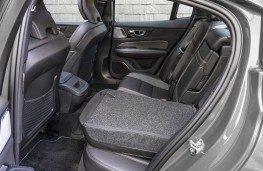 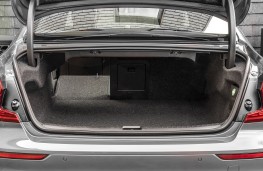 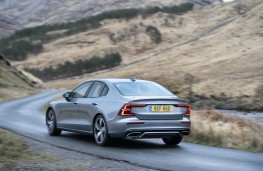 FOR many, Volvo is an uncontroversial car manufacturer but it recently turned heads when it said it will be pulling out of the diesel market.

It dabbled in motorsport and made some iconic sporting coupes over the years, but essentially it appealed to middle-class motorists and this conservative car-maker built its reputation on providing solidly reliable, long-lasting executive cars.

In the last 15 years it's also edged into the SUV and cross over sectors, so it's about time it returned to its roots with models like the S60 Sports Saloon.

That could be a very wise and tactical move as the SUV sector is becoming saturated while saloons are returning to their place as status symbols and good money earners for those manufacturers.

Essentially the S60 is a saloon version of the brand's highly rated V60 estate, which has also done extremely sell over the years, and it's a mid-sized challenger to some of the best from German and UK rivals.

More surprisingly perhaps is the fact the S60 is built in America where Volvo has enjoyed consistent popularity for decades, and our model is the first version from over the pond.

You need to carefully choose your model and consider options as under the British tax system you're clobbered once its total price pushes through the Â£40,000 ceiling and you'll pay for that for the next five years duty. Our car came with over Â£3,000 of extra equipment from a very extensive range of add-ons so the eventual price was almost Â£42,200.

The 2.0-litre engine is well proven, gutsy and efficient, with plenty of power on tap for strong acceleration from rest or when overtaking and the automatic transmission could be quicker responding either through throttle or paddles, while remaining smooth and quiet.

The powertrain is one of the best delivering performance and economy and the front wheel drive transmission keeps everything nicely grounded and safe.

The car's big wheels and tyres give added grip on tight turns and good feedback but you do hear them rumbling over the road and the quality of the ride can be firm and even very firm at times.

It steers and stops with agility and ability and you never feel the Volvo S60 is getting away from you or you're over-reaching your limits.

The ride was very good on motorways and main roads, more troubled over mediocre bits and even bumpy on really bad surfaces due to the lowered suspension.

Secondary controls are plentiful but also practically placed close to hand on the wheel-spokes, console and fascia, and the intelligent instruments' display was always large and clear, easy to read and comprehensive.

I liked the straightforward heating and ventilation system although it worked via an easily marked screenwhich sometimes required a few touches to change; it was powerful, variable and easy to direct as desired, backed up by powered windows and an optional huge sunroof on the test car.

The big windows, very bright lights and efficient wipers kept everything in sight and even reversing was not too difficult despite a couple of blindspots where the sensors really earned their keep.

Oddments room was reasonably good throughout and the boot opening was small but capacity was over 440 litres.

Access was not so easy through the rear doors small opening due to the flowing coupe roofline but the front apertures were much better and once inside all four passengers had good space around them. The front seats were particularly comfortable despite their thickness and adjustment was excellent.

I loved the minimalist interior design and the easiness on the eyes extended to the refined feel through the hands and the generally sophisticated sense imparted by the low noise levels and insulation from the outside world.

Latest Volvo clocks up the firsts

THERE are several firsts for the latest Volvo from the resurgent Swedish maker,... 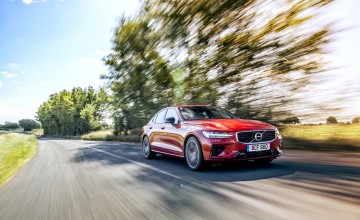