By Chris Russon on 2019-11-20 - The driving force behind Eurekar. Chris heads up a team of motoring correspondents under the Driving Force banner. Prior to Driving Force becoming independent in 2010 he was Chief Motoring Editor for Trinity Mirror Regional newspapers. Chris has been writing about cars for almost 40 years. 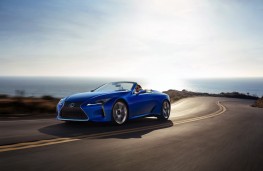 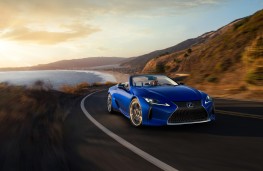 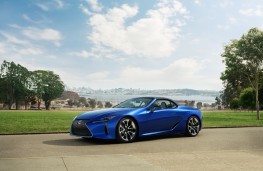 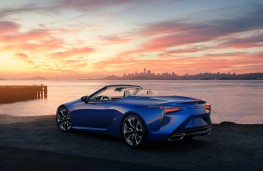 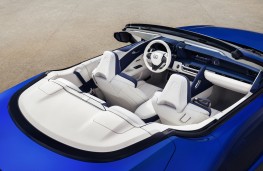 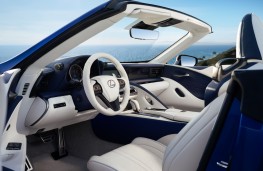 THE wraps have come off the Lexus LC 500 Convertible - the first open top car in the Japanese car maker's portfolio for more than five years.

Unveiled at the Los Angeles Auto Show, the new drop top will be available in the UK next September with prices expected to be north of the £80,000 mark.

Based on the LC 500 Coupe, the convertible has a stiffened body to aid handling and a 2+2 seating arrangement.

The hood can be opened and closed in around 15 seconds and at speeds of up to 30mph.

Powered by the same 5.0-litre V8 engine Lexus uses in the LC coupe, the convertible is expected to have similar performance with a 0 to 60 time of less than five seconds and a top speed in excess of 160mph.

The engine is mated to a ten-speed automatic transmission and the car is fitted with a sound generator which transmits the engine not through the dashboard for extra thrill.

Lexus says it focused on aerodynamic elements such as the beltline and rear moulding in creating the LC 500 Convertible and a transparent polycarbonate wind deflector is fitted to manage wind flow and maintain quietness in the cabin.

The company says this preserves the special feel of open-air driving while still making conversation possible.

The LC 500 Convertible is also equipped with Active Noise Control and benefits from sound insulation and absorption measures to suppress unwanted noise and other unpleasant sound frequencies.

Lexus's first open top car in the UK was the SC 430 which was followed by a convertible of the IS model which was last produced in 2015. 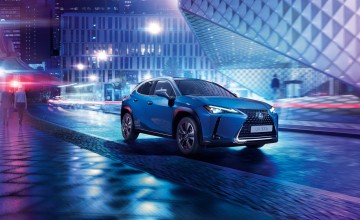