By Chris Russon on 2019-12-05 - The driving force behind Eurekar. Chris heads up a team of motoring correspondents under the Driving Force banner. Prior to Driving Force becoming independent in 2010 he was Chief Motoring Editor for Trinity Mirror Regional newspapers. Chris has been writing about cars for almost 40 years. 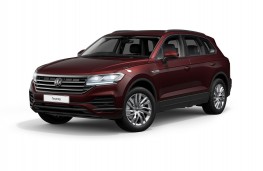 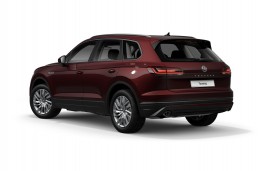 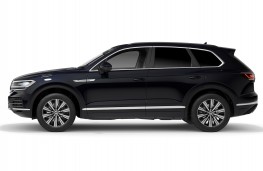 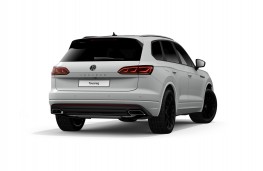 THE Volkswagen Touareg is becoming more affordable as the German brand goes about making changes to its big SUV line up.

In comes a new entry level model with the introduction of an SE grade to the range with prices starting from Â£45,445 - some Â£5,000 lower than the current cheapest Touareg.

Two other new trims, SEL Tech and Black Edition are also being introduced, priced from £50,995 and £58,745 respectively.

The SEL Tech Touareg is also available with the two diesel engines used on the SE as well as a 3.0-litre petrol V6 which develops 340ps.

The same engines are also used in the new Black Edition variants as well as the range topping R-Line and R-Line Tech versions.

Black Edition specification includes a panoramic sunroof and matrix beam headlights as standard which VW says would cost £1,260 and £1,420 respectively.

The Touareg's air suspension with automatic self-levelling function is also standard on the Black Edition while an Easy Open function for the tailgate and a Park Assist package with Area View is also part of the kit.