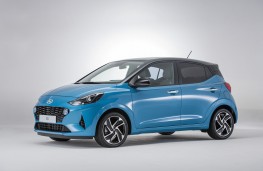 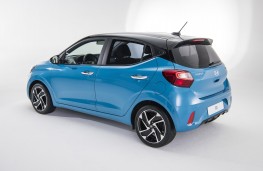 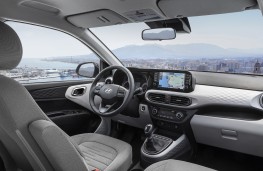 HYUNDAI is moving its i10 city car into the supermini sector with a new model that is not only bigger than before but also majors on technology and safety.

To be priced from Â£12,495 - a rise of some Â£2,500 over the cheapest previous version - the new car will be available from the middle of January.

With a squatter body stance - the new car is almost an inch lower but wider - the new i10 has an increased wheelbase which makes for more room inside with a five seat configuration.

All models will feature air conditioning, electric windows and cruise control while standard safety features include lane keep assist, forward collision warning with automatic emergency braking, a driver attention alert and automatic emergency calls in the event of an accident.

The entry level i10 in the nine model line up now comes in SE trim which sees a digital radio, Bluetooth connectivity and electric door mirror adjustment fitted across the range.

Two petrol engines will be offered, a 1.0-litre developing 67ps and a 1.2 with 84ps and both will be available with either five speed manual or automatic transmissions.

The entry level car will be available only in 1.0-litre manual format while all power combinations come on stream in SE Connect versions which are priced from £13,495.

The bigger engine carries a £500 premium and in manual form shaves two seconds off the 0 to 60 acceleration at 12.6 seconds with a top speed of 106mph compared to the 97 of the 1.0-litre.

The automatics are slightly thirstier at 54.3 for the smaller engine and 52.3mpg for the 1.2.

Boot space is similar to the current model at 252 litres with a maximum of 1,050. 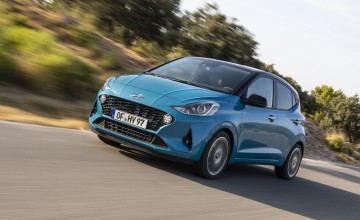 THE wraps have come off Hyundai's new baby and the latest i10 has grown to near... 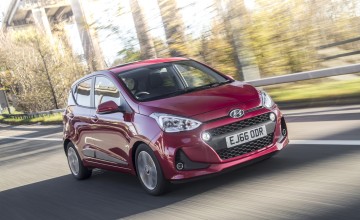 HYUNDAI'S i10 was originally a no nonsense city car that was cheap to buy and...

DON'T expect it to look quite as overtly sporty and dynamic, but at least this...