By Ian Donaldson on 2020-01-06 - Ian estimates he has driven more than 6,000 cars (so far) in a road testing career that's taken him around the world. He has spent several years as a full-time staff motoring editor and is now a busy freelance journalist

NEED convincing there's room for a less powerful engine in Range Rover's boutique-look Velar range? What about the number 38.1?

That's what the trip computer indicated as this (very) big car's fuel consumption after a drive that took in town, country road and motorway.

In other words, here's a car that sips diesel in as miserly a fashion as something smaller, less regal in attitude and just plainly less delicious to be seen in.

Source of this potent mix of pomp and frugality is the latest engine available in the Velar range, with what sounds a modest 180 horses from its 2.0 litre, four-cylinder diesel and available from £45,260.

That saves a useful £2,990 on the next one up, the D240 with the same sized power unit but producing 240 horses and using a drop more diesel than its newer, less potent sibling.

On paper the new D180 model manages 42.0mpg to the D240's 41.1mpg. That's not much of a gain, especially when the more powerful car is considerably faster - with a 135mph top speed against 120mph and the sprint to 62mph in 7.4 seconds, not the more leisurely 8.9 seconds of this latest Velar.

The less powerful engine fares better on the tailpipe emissions front, with a 152g/km reading on the CO2 counter, against 165 for its more potent stablemate.

But enough dissection of the numbers. As you sit looking down on other drivers in their lesser hatchbacks - or smaller SUVs, even - this Velar oozes its way through town with a simply amazing lack of fuss.

Some even quite swish motors let you know all the time that you've chosen diesel to move you about, with a background soundtrack that never fades into nothing.

Well, in the Velar it does. So long as you're keeping to built up areas there is effectively no noise from up front. Push the car to get a move on out of town and you'll note the distant diesel thrum before easing off once cruising speed is reached and almost perfect peace resumes.

Peaceful enough to let you take in a cockpit that must be right up there for automotive coolness, with enough computer-like display screens to keep an IT nerd in a state of contented delight.

The cool factor extended to seats clad, not in the leather you might be expecting in a £59,040 Velar in HSE trim but in something called Luxtec (a synthetic leather) and suedecloth. It looks pleasantly different and will feel warmer on the nether regions first thing on a chilly morning before the seat heating kicks in.

Rolling along a typical English main road, this Velar's huge 21-inch alloy wheels do a decent job of isolating occupants from the worst untended Tarmac can provide and the all-season tyres will provide reassuring grip whatever the weather - and cope with more demanding off-road use than a typical Velar owner might contemplate.

For you wouldn't want to scratch a Velar HSE that retails at £62,000 with a sprinkling of optional extra, from metallic paint at £725 and a fixed panoramic sunroof for £1,315.

Still, with the savings from choosing the new and least powerful engine, you might more easily contemplate the upgrades. 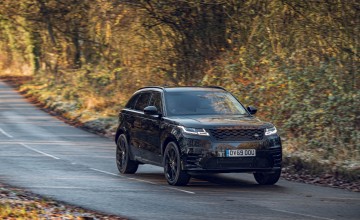 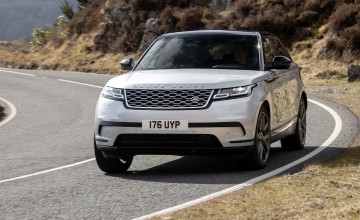 Velar cleans up as plug-in

LAND Rover is looking to a cleaner, greener future with the arrival of plug-in...