By Mike Torpey on 2020-02-22 - Driving Force news editor and responsible for organising our daily output. He was staff motoring editor of the Liverpool Echo for 20 years. 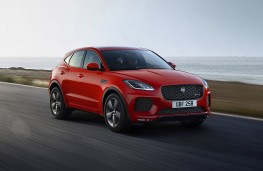 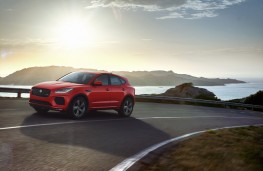 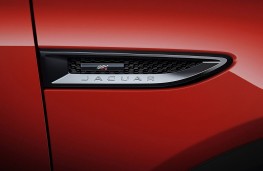 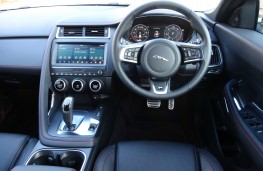 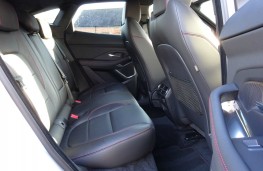 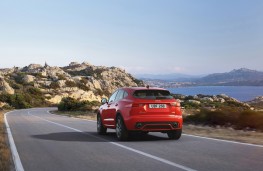 IT may be an ever so subtle hint, but a hint nonetheless.

Open one of the front doors on a Jaguar E-PACE model at night and a puddle light shines on the ground showing a stalking Big Cat followed a few inches behind by a Jaguar cub.

Family on the prowl perhaps - just like the discerning audience at which this younger brother to the largerF-PACE is targeted.

Compact SUVs, or crossovers, have become sought-after modes of transport for everyone from school run mums to family hatchback upscalers.

While not to be confused with Jaguar's all-electric I-PACE, the 'E' is pitted against seasoned campaigners like the Audi Q2, BMW X2 and Volvo XC40, so the stakes are high.

And to give greater leverage to the E-PACE's qualities, there's now a compelling new trim grade called Chequered Flag, with some slick design enhancements and upgraded standard kit.

There are also 10-way heated front seats, a powered tailgate and keyless entry while something called Smart Settings uses artificial intelligence to learn a driver's habits and tastes.

It's clever stuff, the car automatically adjusting the seat, climate and infotainment as it recognises each driver by their key fob or smartphone Bluetooth signal as they approach.

The Chequered Flag spec is up for grabs on four versions of the E-PACE with 200PS and 249PS petrol engines and 150ps and 180ps diesels.

Our variant, with the more powerful of the two oil-burners plus all-wheel drive, was strong and agile to drive with swift acceleration and plenty of torque.

It feels planted at speed too, flicking seamlessly through the nine-speed automatic transmission with its steering wheel-mounted paddles for manual shifts.

Move inside the cabin and the sPACE is deceptively accommodating and includes a deep centre console with removable cup holders, large glovebox and deep sculpted door bins.

It's luxuriously comfortable too, featuring perforated leather seats and spacious rear accommodation - ample room for three across the back - while the large powered boot has a separate compartment underneath.

What buyers also get with the E-PACE is a sharp, upmarket and stylish compact SUV - made all the better by that Jaguar badge.

E-PACE prices start at £29,080, attractive for a car adorned with the Big Cat motif, though that tab only gets you the basic trim, a 150PS engine and six-speed manual transmission. 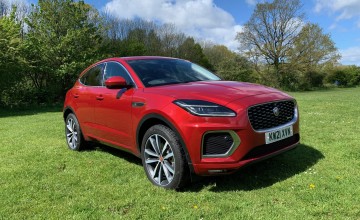