TAKE a quick glance at the spec of the Nissan X-Trail and one particular feature jumps out of the paper.

Surely, a 1.3-litre engine isn't powerful enough to haul a large, seven-seater body which is only marginally more aerodynamic than a house brick?

Well, a few hundred miles and a good sting behind the wheel would clearly answer the question. Closer inspection revealed that the diminutive turbo four-cylinder is churning out no less than 160ps (158bhp) which is pretty impressive.

In short, for most drivers there's more than enough oomph both for nippy getaways at junctions and motorway cruising. Maybe those who tow a caravan may choose the diesel route, but for most the advanced petrol engine manages to provide a decent balance between cheap running and good driveability.

Visually, the X-Trail is an upscale version of the best selling Qashqai, which is probably no bad thing. Similar nose and profile and a cabin that follows an established template but noticeably more roomy, particularly in the rear.

The extra inches, both in terms of wheelbase and overall length, allow a third row of seats, as an option, which is easily flipped up from the boot floor. Cramped for adults but perfectly acceptable to children, the SUV-style styling presents a real alternative to an out-of-fashion MPV.

With five seats, as reviewed here, boot space is a generous 565 litres, making it one of the more roomy mid-size SUVs.

I was behind the wheel of the upmarket 1.3 DIG-T Tekna version with automatic gearbox which comes with loads of kit and a £31,000 price tag.

For that money, you get leather seats, sliding panoramic sunroof, heated steering wheel and heated seats front and back, power tailgate, park assist and sat nav, so just about everything on most people's wishlist.

A feature the brunette and myself could well done without though, were the sporty side mouldings which left a neat horizontal line on our jeans every time we got out of the car on muddy winter days.

Like most of today's SUVs, most X-Trails sold are soft roaders, ie they are front drive rather than four-wheel-drive (4WD). It's clearly a family car first and foremost so there are no pretensions towards sporting handling. Nevertheless it drives securely and confidently without too much body roll on bends and rides well enough over average surfaces.

With acceleration to 62mph in about 11 seconds, it is unlikely to be left behind the pack. In fact, it feels nippier than the figures suggest because of the rapid throttle response and eager mid range urge. The dual clutch, seven-speed automatic transmission works well with crisp, seamless changes which fits in with the X-Trail's refined nature.

Noise levels are subdued by class standards and definitely quieter than diesel versions.

Cruising or gentle commuting resulted in fuel consumption around the mid to late 30s. Press on with a full load onboard and this sinks to closer 30mpg. 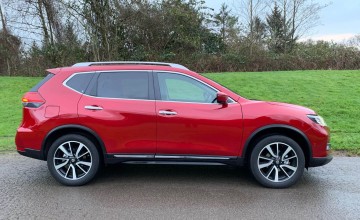 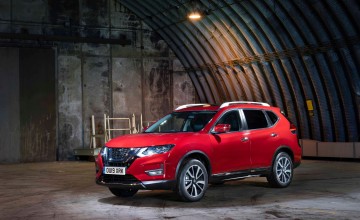 ONE of my most memorable experiences ofdriving the Nissam X-Trail a few years... 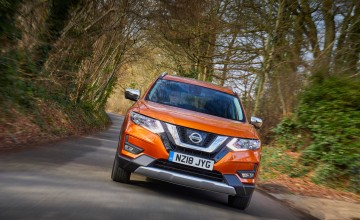