By Maxine Ashford on 2020-03-22 - Maxine has been a journalist since the late 1980s and for the past 13 years has specialised in motoring. Former motoring editor at Media Wales responsible for the Western Mail, South Wales Echo, Wales on Sunday. Freelance since 2009, Maxine loves cars but not quite as much as rugby! 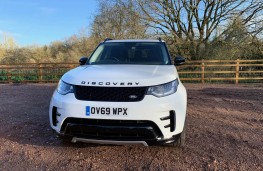 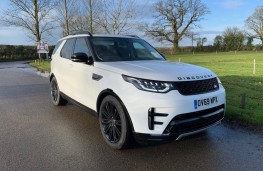 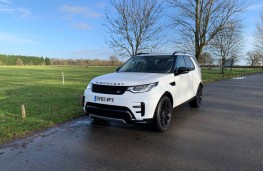 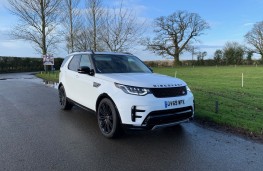 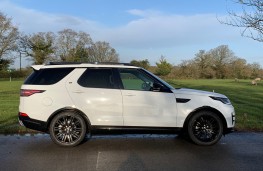 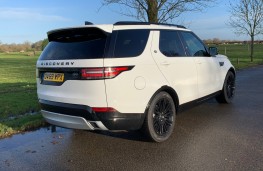 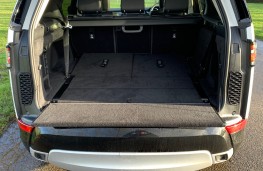 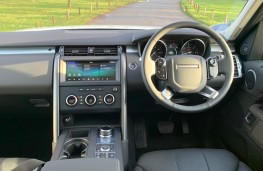 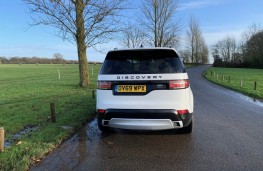 WHEN the latest Land Rover Discovery was given a whole new look and kitted out with all the luxurious fixtures and fittings more often associated with a Range Rover, there were fears it had gone a little soft.

How wrong they were.

For the go-anywhere Discovery is celebrating three decades in the limelight and the fifth generation model certainly lives up to all the hype with Land Rover claiming it's the most capable vehicle they have ever produced.

When launched in 2017, the new car caused quite a stir with its fresh styling. It looks sleeker and more aerodynamic, plus it has shed a whopping 480kg in the process.

It may not possess the bold design statement of the outgoing Discovery 4, but the new Disco is still guaranteed to turn heads as it powers along.

Move inside and the Discovery oozes class. It's a far cry from the earlier incarnations of the car that were fairly basic in their layout and quite lacking with regards to creature comforts. The new Discovery has moved up to premium status and has all the bells and whistles to shout about in the process.

The grained leather seats can be heated and boast 12-way power adjustment. There is a 10-inch touchscreen, 10-speaker sound system, navigation, TV, WiFi hotspot, Bluetooth and smartphone link-up via Apple CarPlay or Android Auto - these a just a fraction of the many on-board systems at your disposal.

From a practicality viewpoint, the Discovery has all bases covered too. There is space for seven to travel in comfort and, when not in use, the pair of rear seats fold flat to the boot floor. Storage-wise, the Discovery has a boot capacity that ranges from 258 litres with all seats in use to 2,406 litres with rows two and three dropped flat.

All this luxury and versatility does come at a cost. Our car in SE trim was priced at Â£54,660 but, as is the premium car makers' way these days, the options bumped the cost up to Â£63,025.

When it comes to performance, the Discovery is a pure delight to drive and the elevated seating position results in great all-round driver visibility (once the middle headrest in row two has been lowered).

All the controls and readouts are perfectly positioned for ease of use and despite its size, the car is deceptively agile and easy to manoeuvre through congested city centres.

But it's out on the open road that the Discovery really excels. The road holding is assured and the steering nicely responsive as the vehicle moves swiftly and smoothly through the eight-speed automaticgearbox. There are steering wheel-mounted paddles for extra driver engagement.

I drove the car 250 miles on the tail of one of the UK's most severe storms earlier this year and although the weight loss means you do feel the stronger gusts of wind, it still felt quite invincible and safe.

And although I didn't venture away from the Tarmac, it's worth knowing in the back of your mind that the Discovery canwade through water up to 900mm deep (an increase of 200mm compared to Discovery 4), has ground clearance of 284mm and features Land Rover's Terrain Response 2 system with modes for General, Grass/Gravel/Snow, Mud ruts, Sand and Rock crawl. An Auto mode will let the car work out any off-roading trickery for you. It also has a towing capacity of 3.5 tonnes