By Peter Keenan on 2020-04-04 - Peter has been with the Birmingham Post & Mail since 1990 and took on the role as motoring correspondent in 2007. He has been part of the Driving Force team for more than 10 years and his reviews are used nationwide by Trinity Mirror publications. 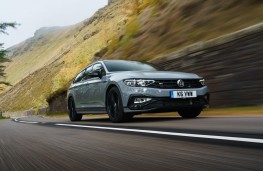 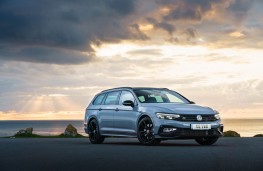 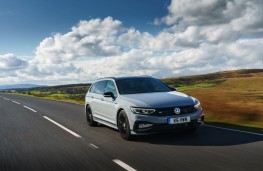 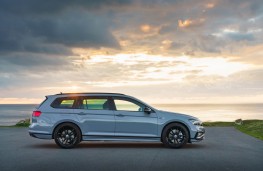 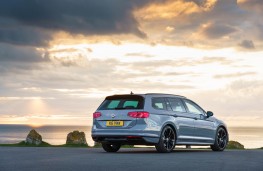 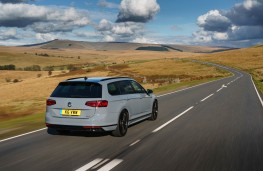 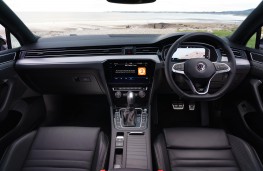 THE eighth generation of the Passat recently began rolling off the production line - with the model still going strong after 47 years and more than 30 million models sold worldwide.

As well as appealing to families requiring style and practicality, Volkswagen anticipates 78 per cent of new Passat registrations in the UK will be among fleet users with the estate being twice as popular as the saloon.

The SEL trim I drove is expected to be the favourite choice with about 47 per cent of sales being diesel thanks in large part to high-mileage executives still plumping for oil burners - no matter what the eco warriors say. But in fairness Volkswagen now fits all its engines with particulate filters.

The 2.0-litre TDI engine boasting 190ps under the bonnet of this motor is linked to a slick seven-speed automatic gearbox - but a new extensively reworked 150ps TDI EVO with cylinder deactivation and a six-speed manual transmission will probably be the one that attracts the attention of the corporate high-flyers looking to reduce tax and fuel bill liabilities.

They will also relish the new Passat's increased stress-busting automation and better connectivity as they go about their busy lives in the fast lane - literally in this case as the Estate is no slouch reaching 62mph from a standing start in a shade over eight seconds on its way to a top speed of 144mph.

The SEL model is also easy to live with as the cabin boasts an exemplary fit and finish and seats that both support and cosset. Levels of refinement are high with exterior noise effectively excluded from the car's occupants.

Volkswagen's MQB platform provides a longer wheelbase than the previous incarnation giving even more room in the rear and a 650-litre boot that maxes out at a cave-like 1,780 litres with the rear seats folded. There are also lots of cubby holes and cup holders with an armrest for the driver hiding a storage bin beneath.

Volkswagen include a raft of goodies with an interesting new addition being Travel Assist that allows the car to be driven at up to 130mph, where such things are allowed, in a partially automated mode as long as the driver's hands remain on the steering wheel. The hi-tech gadgetry includes the latest versions of Volkswagen's adaptive cruise control and lane assist systems.

These can now automatically adjust the car's speed for temporary restrictions and slow down when approaching junctions and corners as well as recognising kerbs and grass verges in addition to road markings.

The car was also fitted with the optional Â£895 adjustable suspension, a Â£335 rear view camera, the Â£145 tyre pressure monitoring system and a Â£600 powered tailgate. I wouldn't put you off any of these handy features although they do add up and the car boasts plenty of goodies without them.

These include air conditioning and an infotainment system operated via an eight-inch colour touchscreen which provides a home for the digital radio and the sat nav as well as easy connectivity with your smatphone.

The latest Passat Estate delivers a decent drive with excellent body control and sure-footed handling offering good levels of grip and a ride that absorbs the pothole-ridden highways that pass for roads these days. The driving position is fully adjustable and the steering wheel is nicely tactile while all the digital dials are easy to read. 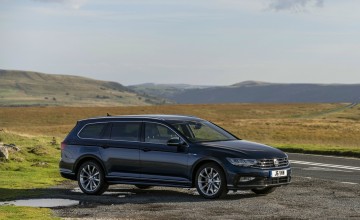 THE Passat is now rapidly approaching its 50th birthday and, with well over 30...