By Edward Stephens on 2020-04-05 - Edward edits the motoring pages of the Birmingham Mail and Birmingham Post as a freelancer after more than 35 years on the staff. Also writes on motoring for various other newspapers, trade magazines and well known websites. 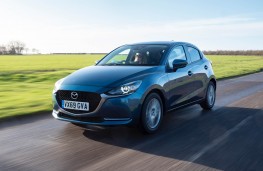 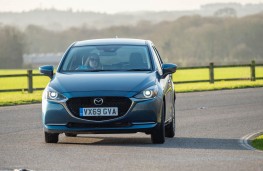 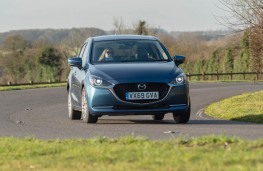 IT may not be the biggest car on the road but it's certainly big on creature comforts.

In fact the Mazda2 in GT Sport Nav trim can out class many of the large models from so called premier manufacturers.

Not only do you get full leather upholstery and heated front seats but this little cracker also comes with a heated steering wheel, a colour reversing camera and even a fighter pilot-style head-up display system.

In fact more features than in many cars costing twice its price.

And, unlike the £40,000 Mercedes I drove immediately before it, the Mazda2 has keyless locking/unlocking as well as keyless stop/start.

It's one of the few cars that answers the call of more and more drivers who want a high spec car but don't want to drive a large vehicle.

Admittedly the GT Sport Nav version is the flagship of the Mazda2 range but even so the Japanese car maker is catering for a sector that too many others ignore.

Luxuries apart the Mazda2 GT Sport Nav is a sharp little number with a larger than you would expect 1.5-litre petrol engine under the bonnet, producing 90bhp.

It's no hot hatch but performance is lively with a very respectable 0-62mph time of 9.7 seconds and the six-speed manual gearbox is a delight to use, with sixth very much an overdrive gear.

For the first time all five models in the Mazda2 line-up now feature a mild hybrid system to reduce load on the engine, lower emissions and improve fuel economy.

The result is impressively low CO2 emissions - just 94g/km in the case of the car driven here - which has the added bonus of lower annual road tax.

The 2020 model has also undergone a number of cosmetic changes both inside and out. There's a new grille, revised headlights and a newly revised rear bumper.

There have been a number of upgrades to ensure the cabin is quieter which work well, although road noise is noticeable.

From the driver's seat a large rev counter dominates the dashboard with a digital speed readout set into the dial, although the crystal clear head-up display probably means you will only glance at the latter occasionally.

In the centre of the leather trimmed dashboard there's a seven inch colour touch screen which can be controlled via a large dial near the gearshift.

On the road the Mazda2 GT Sport Nav has a comfortable ride and handles corners well with little body roll.

The steering is pin sharp and rear parking sensors combined with the rear view camera make it a doddle to park in the smallest of spots.

And for a supermini it's pretty good when it comes to luggage with 280 litres available with the rear seat backs in place and 950 litres with them lowered. 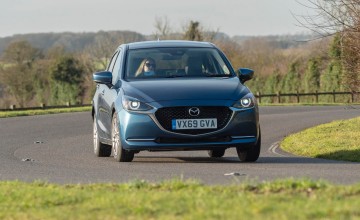 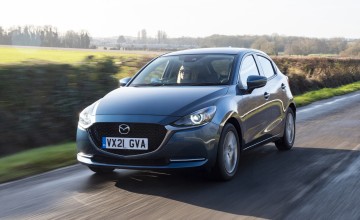