FOUR extremely fast Fords are at the centre of a classic car auction taking place at the end of this month.

They will go under the hammer at the H&H Classics spring sale - this year, by necessity, online only.

Nevertheless, classic fans and Ford fans in particular, are in for a treat with this quartet of cars.

The original supplying dealer was Berry Motors Inc. of Paramus, New Jersey and the car remained in the US until it was imported into the UK in 2014.

Damian Jones, head of sales for H&H Classics said: "If you are a fan of the model of Mustang immortalised by Steve McQueen's Lieutenant Frank Bullitt and one of the most memorable car chases in cinema history, then you'll probably be blown away by 'YTA 488E', which is without question the best 390 GT we have ever seen.

"We understand the nut and bolt restoration it has been treated to accounted for some 3,800 man hours, and we can well believe it - apparently Â£25,000 was invested in the paint alone.

"According to the accompanying Marti report, this matching numbers Fast Ford was built at the company's Metuchen plant on July 13, 1967 where it was sprayed in Burnt Amber and equipped with the standard Black bucket seats."

Hailed as a drivers car 'par excellence' the Sapphire Cosworth was an instant success.

The car at auction was subject to a repaint in its original special order colour of Magenta and had its cambelt changed in the summer of 2019.

It was recommissioned between 2013 and 2016 and kept garaged by its two UK registered keepers while it underwent an engine strip down and overhaul including a cambelt change and has moved little since.

The car comes a full history file and is warranted at 25,454 miles.

It has undergone a complete professional bare metal body and mechanical restoration and is original with all correct specifications and 89000 miles on the clock.

Unusually, all specific items are Ford branded, even the aerial and washer bottle motor and it comes complete with a genuine Ford sunroof bag and Ford PVC protective mats and the correct Pirelli P6 Cinturato tyres all round.

The interior is original even down to the Ford radio, undamaged door cards and rear parcel shelf.

A full pictorial record shows the various stages of the work carried out.

The auction takes place on April 29. 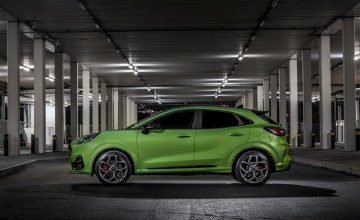 FORD'S future lies in models such as the Puma ST.Drivers of a certain age will... 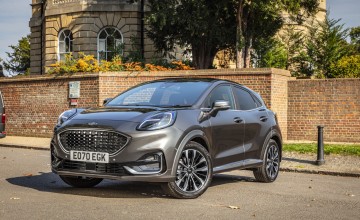 WHEN you've got some serious momentum underway, the trick is to step it up a...