Audi puts boot in on 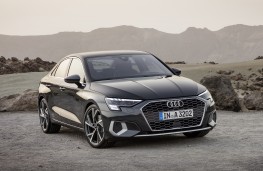 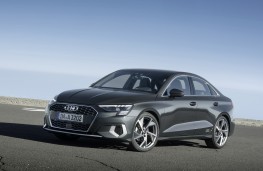 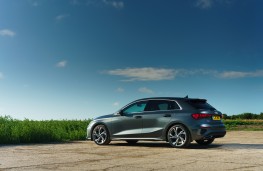 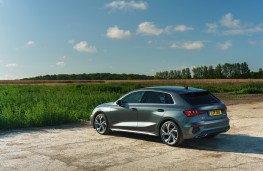 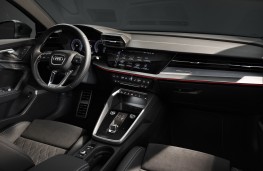 A SALOON version of the new Audi A3 will be joining the line up this summer soon after the launch of the fourth generation of the popular hatchback model.

Compared to its predecessor, the new A3 Saloon is now four centimetres longer at 4.50 metres in length while its wheelbase remains unchanged.

Its width has increased by two centimetres to 1.82 metres and it is now one centimetre taller at 1.43 metres.

The increase in dimensions has helped to expand elbow room and led to an increase in headroom of two centimetres in the front, helped by a repositioned driver's seat.

At 425 litres the luggage capacity is the same as in the first-generation model.

The new A3 Saloon is available with a choice of three engines at launch - two 1.5-litre TFSI units and one 2.0-litre TDI.

In conjunction with a newly developed six-speed manual transmission, it is capable of returning up to 48.7mpg with CO2 output of 132g/km in an A3 Saloon equipped to Sport specification, according to WLTP test data.

A second version of this unit is used in combination with the quick-shifting seven-speed S tronic, which now performs its changes via a new switch using shift-by-wire technology, is rated at up to 50.4mpg with a CO2 figure of 128g/km, despite similar power output to the ‘standard' 1.5 TFSI.

The 2.0 TDI with 150ps in the A3 Saloon 35 TDI also works in conjunction with a seven-speed S tronic, and offers the potential to return up to 62.8mpg with CO2 emissions of 119g/km.

Compared to the new A3 Sportback - which is scheduled to be on sale in May, the saloon is some 15 centimetres longer and in entry level guise carries a price premium of £1,970. 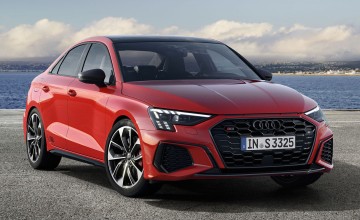