By David Whinyates on 2020-04-23 - David is one of the UK’s most experienced motoring writers and was instrumental in setting up the Driving Force syndication service for Britain’s biggest regional newspaper group. Former Chief Motoring Editor of Trinity Mirror Regionals, he is Driving Force’s Consultant Motoring Editor and a director of Driving Force Media Ltd.

AT first glance this might look little different from any other Mustang - but this is a very special prototype version of Ford's fabled super coupe.

The giveaway is that raised back-end sitting on top of huge rear rubbers - for this is a unique, one-off, dragster with the potential to top 170mph and cover the standing quarter mile of a dragstrip in little more than eight seconds.

And it will do it in near silence and won't use a drop of fuel in the process - for the Mustang Cobra Jet 1400 Jet drag racer is powered by electricity.

The battery-powered prototype is purpose-built and projected to deliver over 1,400 horsepower and over 1,100 ft.-lbs. of instant torque to demonstrate the capabilities of an electric powertrain in one of the most demanding race environments.

According to Ford's Dave Pericak: "Electric powertrains give us a completely new kind of performance and the all-electric Cobra Jet 1400 is one example of pushing new technology to the absolute limit. We're excited to showcase what's possible in an exciting year when we also have the all-electric Mustang Mach-E joining the Mustang family."

And the company's global motorsports chief Mark Rushbrook explains: "We saw the Cobra Jet 1400 project as an opportunity to start developing electric powertrains in a race car package that we already had a lot of experience with, so we had performance benchmarks we wanted to match and beat right now. This has been a fantastic project to work on, and we hope the first of many coming from our team at Ford Performance Motorsports."

The Cobra Jet 1400 is still being tested ahead of its world debut later this year at a drag racing event where fans, media and competitors alike will be able to see exactly what it's capable of up on the asphalt. 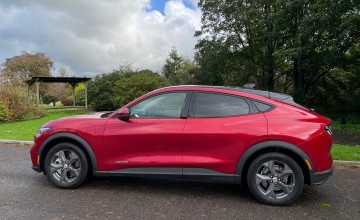 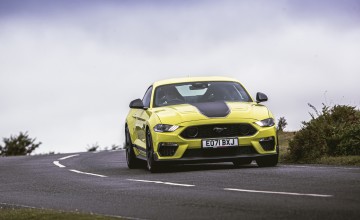