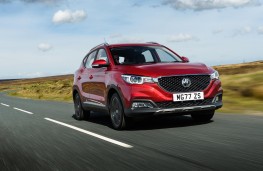 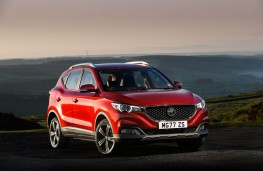 THERE'S a lot to like about the ZS, MG's compact SUV, not least its looks, price and transferable seven-year warranty.

However, it is in a sector with plenty of very strong rivals such as the new Nissan Juke, Renault Captur, Peugeot 2008 and Citroen C3 Aircross.

And that's not even close to being the full list.

The ZS is comfortable, easy on the eye and, mostly, well-equipped. However, the main weapon in its armoury is the asking price - £12,495 for the entry level Explore model.

At Â£17,395, the new entry-level Juke is pricier than three of the ZS's four models. Only the very latest ZS EV is more expensive. Its only real competitor pricewise is the popular but more utilitarian Dacia Duster.

The ZS five-door is the only body style offered alongside the Explore, Excite and Exclusive trims. The entry-level Explore may be cheap, but it doesn't look it from the outside with features such as its bold, chrome-highlighted grille, LED driving lamps and projector headlamps. The automatic headlights are also a key design feature, with a massive 23 LEDs creating a design statement in each one.

In some ways it looks a little like the Mazda3, and if you took the huge MG badge off the nose, some might guess it was.

It comes as standard in Arctic White but there's a range of colours and metallic options including a specially-developed tri-coat Dynamic Red paint option, which costs Â£695. Coincidentally, it's a lot like Mazda's Soul Red Crystal metallic paint option - and looks equally as good. Well worth the extra cash.

There's no air-conditioning in the entry-level Explore, but you do get remote locking and cruise control, plus a radio with USB and Bluetooth connections, cruise control, front and rear electric windows. If you want an eight-inch touchscreen you need to go up a level.

Despite being a ‘compact' SUV, the ZS is a true five-seater - comfortable and with plenty of head and legroom for four adults. As with many cars of this size, the middle seat in the rear is a little on the narrow size.

There's also a huge amount of boot space - some 448 litres, which is around 60 litres more than typical in the sector. The MG's rear seat splits and folds 60:40 when necessary, increasing capacity to 1,375 litres. However, the seats don't fold completely flat.

Inside the cabin there's also plenty of storage place including a double cup holder and door pockets large enough to hold a 1.5-litre bottle.

The driving position is good with lots of seat adjustment, but while the steering wheel tilts it doesn't slide in and out for reach which may affect some. Visibility is good too.

There is now a new electrically-powered ZS but it costs more than Â£22,000. As there's no real demand for diesel in this sector, its older siblings come with a choice of 1.5-litre petrol four-cylinder engine with five-speed manual gearbox, or a 1.0-litre three-cylinder matched with a six-speed automatic.

The ZS is comfortable on our main carriageways though suffers from wind and road noise - MG has done quite a good job keeping engine noise down. Head off to the countryside - or even along many urban streets - and the suspension soaks up the lumps, bumps and potholes pretty well.

However, despite the brand's historic sporting associations, this Chinese-built model is not to be pushed hard due to a very wallowy nature. Of course, for those who rarely feel the need to pretend they're taking part in the WRC, this will not be an issue. And, it is a comfortable and nippy motorway cruiser.

As well as that cheap price, the ZS should be reasonably cheap to run too. For a start, it sits in insurance group 11. However, though it officially returns 47.1mpg, the best I managed was just over 35mpg. 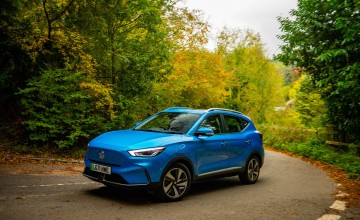