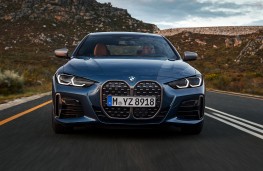 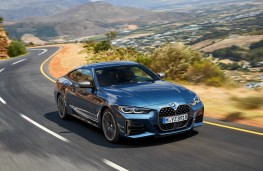 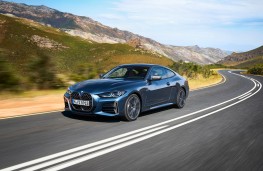 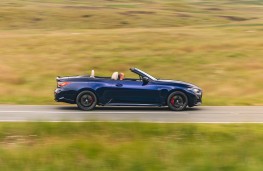 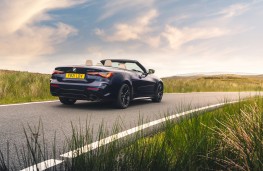 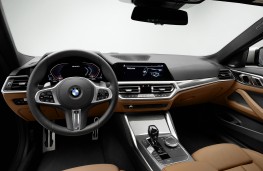 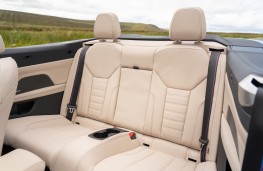 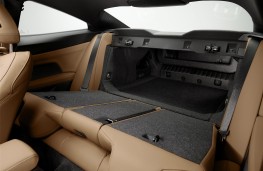 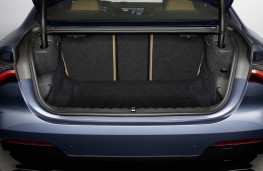 A STUNNING new frontal design featuring a huge upright kidney-shaped grille is being launched by BMW on its latest 4 Series Coupe.

A flashback to BMW's of yesteryear the new look will give the latest 4 Series a commanding road presence when it arrives in October.

Based on the latest 3 Series saloon chassis the new 4 Series is also 27mm wider and has a wheelbase of 2.851 metres - the same as the saloon.

It's a two-door, four seater and boot space is now 440 litres.

Initially the line up will top out at £53,875 for a high performance M440i six-cylinder model which comes with all-wheel-drive and can hit 0 to 60mph in 4.5 seconds.

The new model will also feature mild-hybrid powertrains on all diesel versions and on the M440i flagship boosting fuel economy to a claimed best of 72.4mpg in the case of the 420d M Sport which is priced from £42,440 and has emissions as low as 103g/km.

Come next spring the 4 Series Coupe range will be bolstered with the arrival of two three-litre diesel versions which are said to be almost as quick as the petrol-powered M440i.

As well as its distinctive looks, the new 4 Series Coupe will also mark the debut of BMW's M Sport Pro package - an option which includes a ‘sprint' function for additional bursts of speed.

Based on M Sport derivatives of the new 4 Series Coupe the car comes with larger front air intakes and other body tweaks as well as M Performance retrofit items such as 20-inch alloys, a carbon fibre front grille and side skirt attachments.

All models have eight-speed automatic transmissions while on the software front they come with BMW's latest operating system which enables both Apple CarPlay and Android Auto connectivity.

As well as the 4 Series Coupe, convertible and four-door Gran Coupe versions are also understood to be under development, as is an all-electric offering. 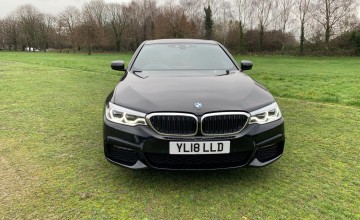 ZERO! That's the number of times I was waved through into a line of busy... 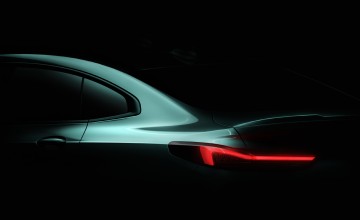 BMW is continuing a product offensive with the announcement it will be...