By Chris Russon on 2020-06-16 - The driving force behind Eurekar. Chris heads up a team of motoring correspondents under the Driving Force banner. Prior to Driving Force becoming independent in 2010 he was Chief Motoring Editor for Trinity Mirror Regional newspapers. Chris has been writing about cars for almost 40 years. 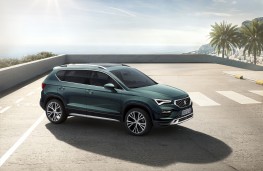 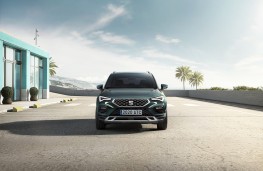 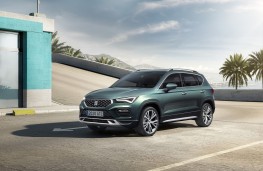 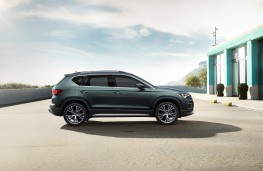 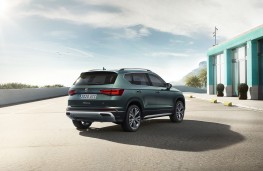 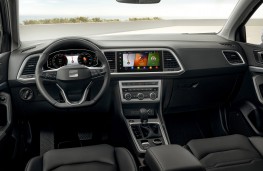 A NEW-LOOK SEAT Ateca is on the way and the latest model will bring the Spanish car maker's first ever SUV bang up to date.

As well as getting a fresh look with bigger bumpers and a revised grille the new Ateca comes with more fuel efficient engines and some serious upgrades to the car's onboard technology.

First launched in 2016, the Ateca is getting a significant mid-life makeover which sees the new car some 18mm longer at 4.38 metres.

There are also LED lights front and rear while the back of the vehicle has been slightly redesigned with sharper looks. Boot space remains at a minimum of 510 litres.

A new trim level is being added to the line up with Xperience versions replacing the previous top grade Xcellence models which will come with a black finish to the bumpers and body-coloured wheel arch surrounds and side mouldings.

Sportier looking FR models are continued in addition to SE grade version and the Ateca's wheel sizes range from 17 to 19-inches.

Engine choices comprise four petrol units with outputs between 110 and 190ps and two diesels with either 115 or 150ps. Semi-automatic DSG transmissions are available on all but the lower powered engines and all-wheel-drive can be had on the highest output powertrains.

The 1.4-litre petrol and 1.6-litre diesel engines are being dropped from the range.

Inside, the latest Ateca will be fitted with SEAT's latest information systems including a full-colour 10.25-inch customisable digital driver binnacle and a large infotainment system.

All models are fully smartphone compatible and the Ateca is fitted with four Type C USB points front and rear.

Safety systems now include predictive cruise control which is linked to the navigation system and, on Xperience models side and exit protection to boost occupant safety.

As before, the Ateca will be built alongside Skoda models at the Kvasiny factory in the Czech Republic and SEAT says the new model is due to be on the road towards the end of the year. Full UK specification and prices are still to be announced.