By Chris Russon on 2020-06-30 - The driving force behind Eurekar. Chris heads up a team of motoring correspondents under the Driving Force banner. Prior to Driving Force becoming independent in 2010 he was Chief Motoring Editor for Trinity Mirror Regional newspapers. Chris has been writing about cars for almost 40 years. 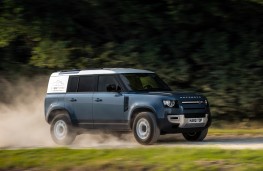 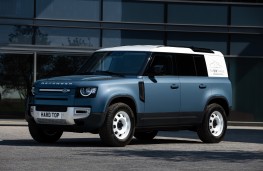 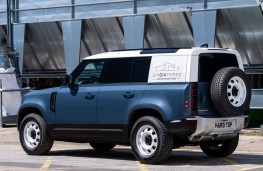 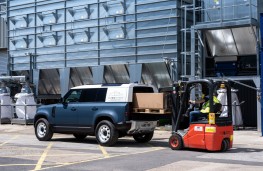 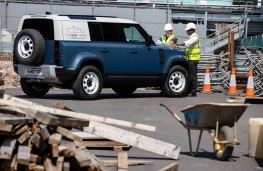 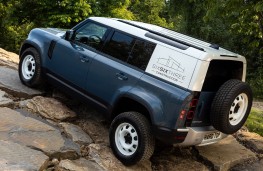 THE commercial version of the new Land Rover Defender will see the return of the Hard Top name to the family of 4x4 models.

With an optional ‘jump seat' the model can carry three in the front and will have a towing limit of up to 3.5 tonnes.

The Hard Top name dates back to 1950, when the introduction of demountable Hard Tops gave early Series Land Rovers added security and protection from the elements.

Land Rover has experienced keen demand for the new Defender 90 and 110 since its world premiere last September and the new Hard Top models will be the next additions to the bloodline.

The 90 and 110 Hard Tops will both feature independent coil-sprung suspension, with advanced electronic air suspension available on the 110.

Both set-ups will provide full off-road performance, with ground clearance of 291mm, while the 110 Hard Top will have approach, breakover and departure angles of up to 38, 28 and 40 degrees respectively.

Full technical details will be confirmed later this year when the model is released but Land Rover has confirmed the Hard Top will have a wading depth of up to 900mm and will be available with the Terrain Response 2 off road system.

Technological aids include ‘over-the-air' software updates which negate the need to visit a dealer for software changes as well as Land Rover's Clearsight rear view mirror system and a surround-view camera system. 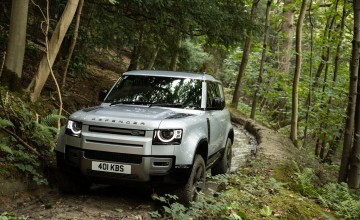