By Edward Stephens on 2020-08-01 - Edward edits the motoring pages of the Birmingham Mail and Birmingham Post as a freelancer after more than 35 years on the staff. Also writes on motoring for various other newspapers, trade magazines and well known websites. 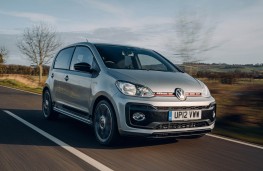 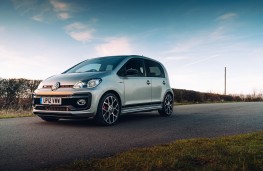 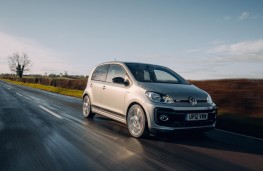 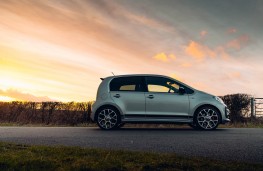 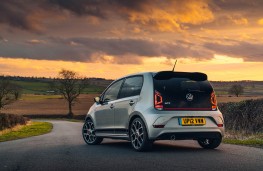 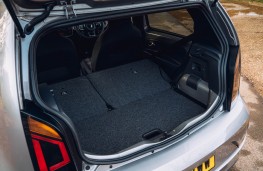 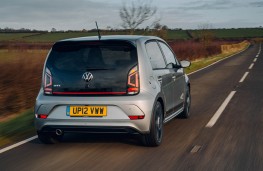 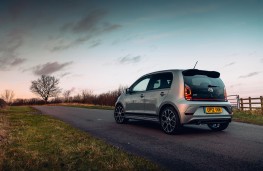 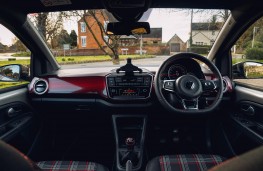 WHEN the first Volkswagen Golf GTI hit the road back in 1976 a legend was born.

It's gone on to spawn a further seven generations of GTI models but even today the Golf Mk 1 is in demand, with good models commanding impressively high prices.

Now it looks as if history is repeating itself with the launch of the new up! GTI - a car which in many ways is a modern version of that first hot hatch Golf.

Just like the Mk 1 Golf GTI the up! GTI is first and foremost a fun car.

In a motoring world where so many high performance cars have too much power to use safely on congested roads the up! GTI excels with exhilarating but controllable performance.

To drive it is to love it. It's one of those few cars which always inspires you to take the long way home so you can stay behind the wheel.

Its sharp, crisp and torquey and often you feel as if you are travelling faster than you really are because of the car's size, but that's no bad thing.

I've yet to find anyone who has driven the up! GTI who hasn't been smitten by it..

Physically it's nine inches shorter than the Mk 1 Golf but 11 inches wider and three inches higher. It's also faster with a 0-62 miles per hour acceleration time of 8.8 seconds compared to the Golf's nine seconds and a nine-miles-per-hour higher top speed of 122mph.

And all that performance comes from the same diminutive 1.0-litre, three-cylinder engine used in the rest of the up! range but in the GTI it develops 113bhp compared to the regular 59bhp.

In line with its sporty nature the GTI has 17-inch alloys with low profile tyres as opposed to 15-inch wheels on the standard model, is 15mm lower while its front and rear track widths are 8mm wider.

The result is a pocket rocket that feels glued to the road no matter how hard you push it. A lot small cars feel skittish at speed around fast bends and corners simply because of their short wheelbase but not the up! GTI. It inspires you to push on with confidence with a big smile on your face.

The downside of buying a faster up! of course is the price. The GTI now costs more than £16,000 after a £1,000 price increase when the updated version was re-introduced this year after a short break in production.

Even so compared to rivals it still represents good value for money and - performance apart - it boasts a lot more features than the regular model.

Sports styling includes exclusive body kit with sports bumpers and side skirts, a rear spoiler and a host of GTI badges.

There's height adjustment on the steering wheel but none for reach and no conventional entertainment system or satellite navigation system but owners can download a VW app onto their smart phone to take care of that and there's a phone holder fitted near the windscreen.

As on all up! models the small luggage area is boosted by a double-decker floor and for a car of it's size the rear leg room is surprisingly good thanks to the soft backed front seats creating extra knee room.

On the road the up! GTI delivers on all fronts. The six-speed gearbox is delightfully crisp and quick and the wide torque spread means you can get all the performance you want without having to over rev the engine.

And the bonus is a car that will average more than 53 miles per gallon. 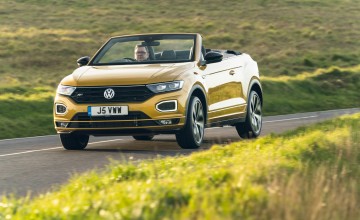 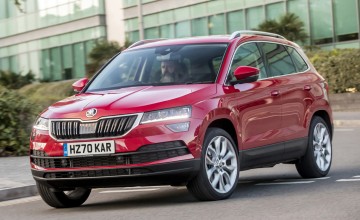 DEMAND for bigger cars and SUVs is increasing as buyers move away from smaller...