Updates for all VW

By Chris Russon on 2020-08-11 - The driving force behind Eurekar. Chris heads up a team of motoring correspondents under the Driving Force banner. Prior to Driving Force becoming independent in 2010 he was Chief Motoring Editor for Trinity Mirror Regional newspapers. Chris has been writing about cars for almost 40 years. 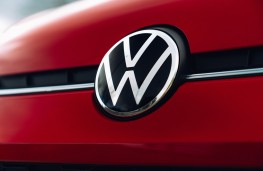 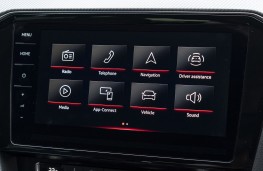 VOLKSWAGEN is updating its entire model range in the UK with new branding and changes to technology systems and powertrains.

Many models receive the new Volkswagen and R-Line logos, while all compatible models are updated to include the brand's latest infotainment system.

In addition, engines which meet that latest RDE2 regulations are being introduced on all models throughout the coming months.

At the smallest end of the Volkswagen family, the up! will receive minor upgrades, since it was refreshed only recently when it became the first Volkswagen in the UK to display the new brand emblem. Cars fitted with climate control will benefit from the standard fitment of an allergen filter. The model will also be fitted with a more powerful, three-cylinder, 1.0-litre 65ps engine.

The Polo has been given an update to its branding, with its model designation now centrally placed on the tailgate, underneath the new Volkswagen roundel. The three-cylinder, 1.0-litre TSI 95ps engine is now available on SEL trim, providing more customer choice for this particular variant, while the range now starts with well-appointed SE trim. Across all Polo specifications, Emergency Call Service has now been added, bringing extra reassurance in the event of an incident.

Meanwhile, the Polo's appealing ‘beats' trim, named after the US audio maker's sound system used in the model, is to be given a refreshed interior and exterior design, which will be revealed at a later date.

The T-Cross, Volkswagen's smallest SUV, also benefits from the new roundel and the addition of MIB3, which brings Wireless Apple CarPlay and a three-year subscription to We Connect Plus.

The T-Cross engine line-up will be fully RDE2-compliant, with the addition of a three-cylinder, 1.0-litre TSI 110ps DSG unit, while the 95ps, 115ps and four-cylinder 1.5-litre 150ps options remain.

Moving up further into the SUV family, the T-Roc has gained the new roundel and Emergency Call Service as standard-fit equipment across the whole range, with S, SE and Design cars now benefitting from the system. On all models except the T-Roc R, the 12-volt outlet in the centre console is replaced with a USB-C interface and USB charging socket, while the two USB-B ports in the front centre console are replaced with new USB-C sockets.

The T-Roc's engine line-up is to be revised with RDE2 compliant engines - a three-cylinder, 1.0-litre TSI 110ps, six-speed manual is new to the range, as is a 2.0-litre TDI 115ps unit. The T-Roc Cabriolet also receives the new Volkswagen badge, and will benefit from the new 110ps unit, but as a Volkswagen range newcomer remains otherwise untouched by the model year changes.

Another newcomer to the brand - the Golf 8 - is largely untouched, with the exception of an illuminated front grille. This is optional on R-Line models but standard-fit equipment on the Style trim.

For the seven-seat Touran MPV, new options have been added, with a stylish Dolphin Grey exterior colour now available. For the interior, a powerful Dynaudio sound system can also now be chosen as an option, while Volkswagen's acclaimed Active Info Display can now be fitted in place of the traditional analogue instrument binnacle. This, along with the MIB3 infotainment system, significantly enhances the Touran's dashboard. The larger of Volkswagen's MPVs, the Sharan, now has simplified options and engine availability, and new chromed switchgear in its interior. Both MPVs will, of course, also proudly wear the new Volkswagen roundel.

The Passat is another model receiving the new Volkswagen logo and begins its transition to RDE2 compliance, while a revised trim line-up begins with the generously-appointed SE Nav specification.

For the brand's flagship, the Touareg, a more extensive list of upgrades is put into place for the 2021 model year, starting with the addition of white ambient lighting to the entry-level SE specification. For SE, SEL and SEL Tech, a three-spoke, leather-wrapped multifunction steering wheel with paddle shifters and touch control is also new, while the R-Line, R-Line Tech and Black Edition gain a new second-generation heated sports steering wheel.

The Touareg's USB-A port is also upgraded to an illuminated USB-C inlet. A major mechanical upgrade comes with the enlarged AdBlue tank for the RDE2-compliant TDI models - the tank is now doubled in size to 24 litres, from 12 litres previously.

The Touareg also now comes with Volkswagen's Travel Assist system, which facilitates semi-automated driving up to 130 mph (where legal). This system replaces Traffic Jam Assist as part of the Driver's Assistance Pack Plus. Another driver assistance boon comes with the Professional Park Assist package, which allows remote control of the Touareg using a smartphone app as a controller.

Sarah Cox, head of marketing at Volkswagen UK said: "Model Year updates usually bring a host of improvements, but the introduction of a new infotainment system, the stylish new badge for much of the range, and the latest RDE2-compliant engines rolling out across the rest of the year, on top of a raft of other changes - combine to create a step above and beyond the regular update.

"The new MIB3 infotainment system now fitted across the majority of the Volkswagen range is in keeping with our customers' need for connectivity and convenience, and adds even more value to Volkswagen's offering."